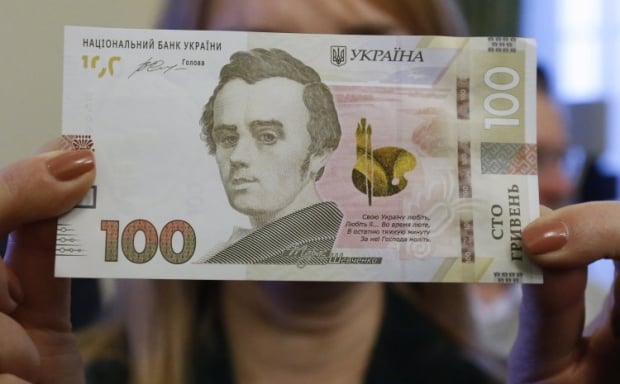 The new note features a portrait of Ukrainian national poet Taras Shevchenko, who was born 201 years ago on March 9.

Deputy Chairman of the National Bank of Ukraine Yakov Smoliy said that with the introduction into circulation of the new 100-hryvnia banknotes, the central bank was starting an update of the previous issue of notes, which were issued from 2003 to 2007.

The new note is the dominant yellow-olive color, as with the previous version of the bill. The NBU said  the new note includes the most advanced international security features, including a transparent “window” and an optically variable SPARK feature, which changes color depending on the viewing angle.

The NBU also said the images on the front side of the banknote have individual relief printing, allowing them to be checked by touch alone.