Poroshenko on IMF first tranche to Ukraine: ‘The more, the better’ 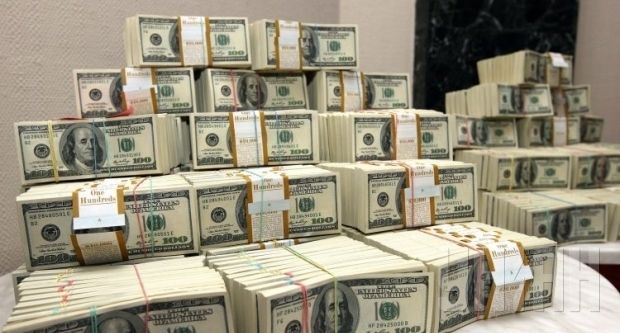 "On March 11, the IMF Board is considering the adoption of a program of assistance to Ukraine... I believe and I am sure that today we will have a positive decision, because Ukraine in coordination with our partners from all over the world has adopted a very important reform package, which I signed yesterday, and which will ensure the full implementation of the agreements … written in the memorandum with the IMF," Poroshenko said.

"Today we will have a historic decision that will allow not only taking the IMF funds, but also a powerful package of economic assistance in order to ensure the effectiveness of reforms in Ukraine," Poroshenko said.

Asked about what the size of the first tranche of aid will be, Poroshenko said: "The more, the better."

"I would like you to clearly understand that the decision of the IMF is only the first step, because many other bilateral solutions are linked with this decision, and they will immediately come into force after the IMF board’s decision," he said.

"These are the decisions of the World Bank and the international financial institutions, and other banks, including the European Bank for Reconstruction and Development (EBRD). It [refers to] the decision on U.S. loan guarantees of an amount of more than $2 billion, and decisions about the third wave of the EU macro-financial assistance of an amount of more than EUR 1.8 billion, as well as the decisions worth several hundred million, under which [other] countries provide [aid to] Ukraine, starting from Canada and ending with Japan.

"The overall package formed to help Ukraine, including the financial assistance, the financial foundation of the reforms to protect our national currency, our balance of payments and foreign exchange reserves, should now exceed $40 billion.

"According to our calculations, this will be enough, if we work intensively and if we implement the reforms to attract investment, to create an investment climate, to fight against corruption and other steps that will allow investors to feel comfortable. I am sure that it will be done very quickly and efficiently.”

As UNIAN reported earlier, with reference to a source in the National Bank of Ukraine, the IMF Board of Directors meeting on Ukraine will take place at 1600 on March 11.

The program provides a number of key reforms: effective decisions in economic management, fighting corruption, bringing order to the energy sector, the optimization and reduction of public expenditure, an increase of GDP spending on investment by 3%, a reduction in the number of government officials, and equity in pension reform, with the main task being to reduce or cancel so-called special pensions.

The IMF said that they were confident that the implementation of the reform program would be successful, as the government of Ukraine had shown its willingness to implement reforms, to raise tariffs, to restructure banks, to cut public spending, and to carry out judicial and anti-corruption reforms.

In addition, according to IMF Managing Director Christine Lagarde, the reform program will open to Ukraine an access to a common package of financial assistance of up to $40 billion within the next four years.

The Ministry of Finance says that the first tranche can amount to 60% of total sum, or about $10 billion. The funds will be spent on the replenishment of the gold reserves of the NBU and repaying and servicing the country's foreign debts.