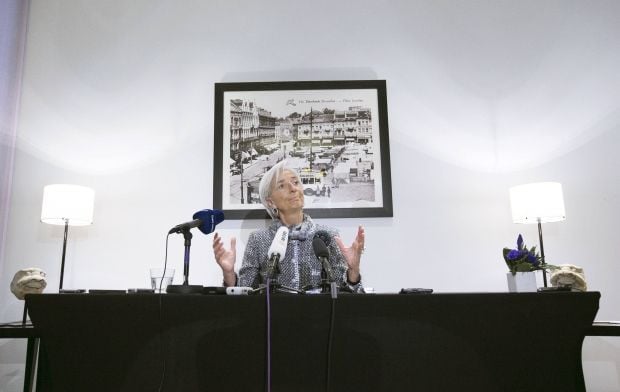 "I am pleased to announce that the IMF Executive Board today approved an Extended Arrangement under the Extended Fund Facility (EFF) of SDR 12.348 billion (about $17.5 billion, EUR15.5 billion) for Ukraine, based on a comprehensive economic reform program supported by the Fund as well as by additional resources from the international community," IMF Managing Director Christine Lagarde said on Wednesday.

The change in the IMF-supported program from Stand-By Arrangement to Extended Arrangement under the EFF, which is consistent with the more protracted nature of Ukraine’s balance-of-payment needs, will provide more funding, more time, more flexibility, and better financing terms for Ukraine.

Lagarde says that other bilateral and multilateral financing is also being made available to support the reforms. In addition, the Ukrainian government has taken actions toward consultations with the holders of their public sector debt with a view to improving medium-term sustainability.

"The Ukrainian authorities continue to demonstrate a strong commitment to reform. They have maintained fiscal discipline in very difficult conditions; allowed the exchange rate to adjust; and have increased retail end-user prices for gas," a statement by the IMF reads.

"Many key measures are front-loaded under the new program — including further sizable energy tariff increases; bank restructuring; governance reforms of state-owned enterprises; and legal changes aimed at combating corruption and strengthening the rule of law. To help cushion the impact of adjustment, especially for the poorest groups, measures are being taken to strengthen and better target the social safety net," Lagarde said.

"The program is ambitious and involves risks, notably those stemming from the conflict in the east of the country. I am heartened that the cease-fire agreed last month in Minsk seems to be largely holding for now, and hope that a further loss of life can be avoided," she added.