U.S. crude inventories are the highest since July 2017, with worries about escalation of the U.S.-China trade conflict also pressuring prices. 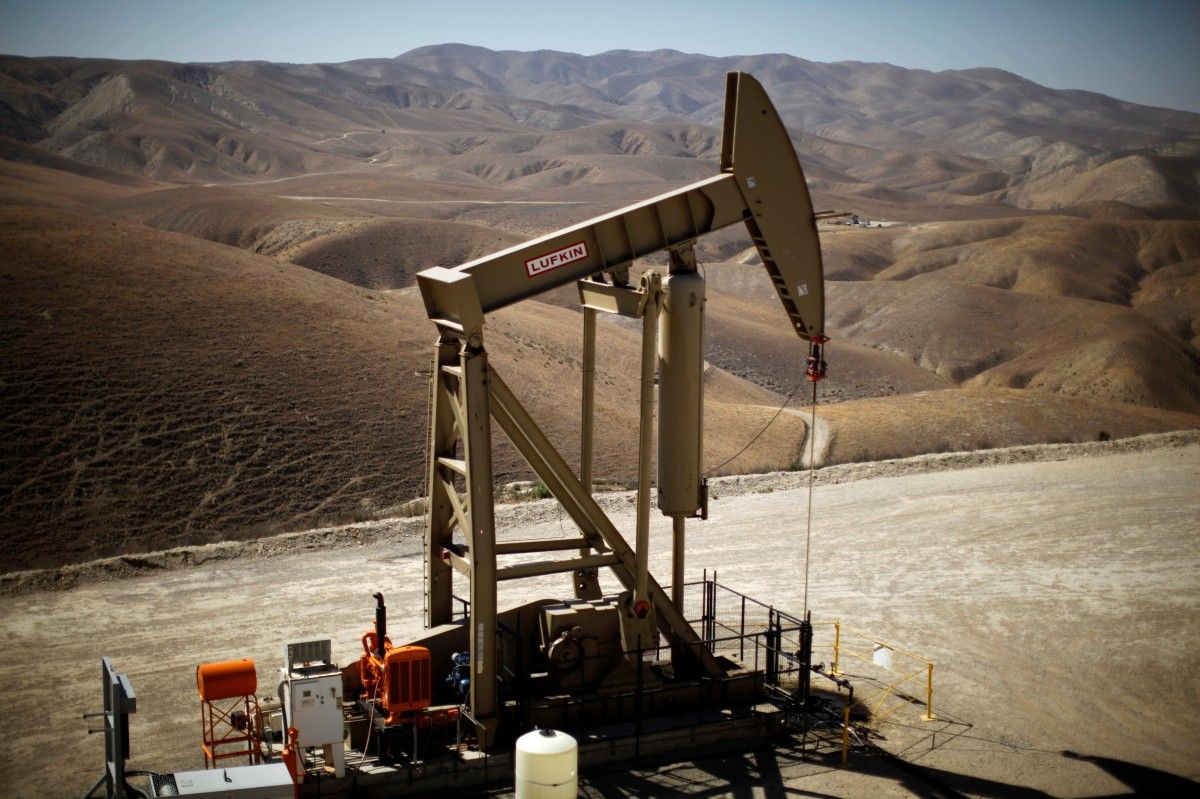 Oil prices climbed 1 percent on Friday ahead of long U.S. and UK holiday weekends, but were on track for their biggest weekly drop of the year, pressured by rising inventories and worries about the global economy.

U.S. West Texas Intermediate crude rose 59 cents, or 1 percent, to $58.50 a barrel. It was on track for a weekly decline of more than 6%, its steepest since December.

U.S. crude inventories are the highest since July 2017, with worries about escalation of the U.S.-China trade conflict also pressuring prices.

U.S. refinery rates have been sluggish for this time of year, with refining usage in the Midwest plunging to its lowest levels in May since 2013.

Stockpiles at the Cushing, Oklahoma, delivery hub for U.S. crude futures were at the highest since December 2017, government data showed.

"U.S. businesses affected by the increased tariffs will be making decisions regarding purchases, inventories, etc., that are apt to force some downshifts in the U.S. economic growth path that could have implications for U.S. oil demand," Jim Ritterbusch, president of Ritterbusch and Associates, said.

"A decline below our expected next support level of $56 (for WTI) will likely associate with a further plunge in equities that would be heavily related to unresolved trade issues between the U.S. and China ... volatility across all markets will be heightened until some significant trade progress is seen."

Economic worries fed by trade tensions have hit global markets, with the MSCI All Country index headed for a weekly fall exceeding 1%, its third week in the red.

Markets will be closed on Monday in Britain for the Spring Bank Holiday and in the United States for the long Memorial Day holiday weekend, start of summer vacation driving season. Motorist group AAA expects the second-highest Memorial Day weekend travel volume since it began keeping track in 2000.

"Despite a rising national gas price average that is inching closer to the $3 per gallon mark, the vast majority of holiday travelers will drive to their destinations," AAA said last week.

Rising U.S. crude production has also weighed on oil prices. A shale boom has helped make the United States the biggest oil producer in the world, ahead of Saudi Arabia and Russia.

Weekly U.S. rig count data, an indicator of future output, showed U.S. energy firms this week reduced the number of oil rigs operating for a third week in a row.

But the United States is still projected to reach the 13 million barrels per day (bpd) milestone in the fourth quarter of 2019, according to the U.S. Energy Information Administration (EIA).

Broadly, supply cuts – both voluntary and those resulting from U.S. sanctions – have kept a floor under prices and some analysts expect the market to recover.

The Organization of the Petroleum Exporting Countries and allies including Russia, an alliance known as OPEC+, has been cutting supply to tighten the market and support.

Brent's price structure remains in backwardation, with prices for prompt delivery higher than those for later dispatch, suggesting a tight balance between supply and demand.

"It is reasonable to doubt whether Saudi Arabia will be willing to step up its output given the latest decline in prices," analysts at Commerzbank said. "We therefore expect to see higher oil prices again in the near future."

If you see a spelling error on our site, select it and press Ctrl+Enter
Tags:oilBrentOPECWTIoilpriceEIAcrudeoil