The OPEC meeting on Monday will be followed by talks with Russia and other allies, a grouping known as OPEC+, on Tuesday. 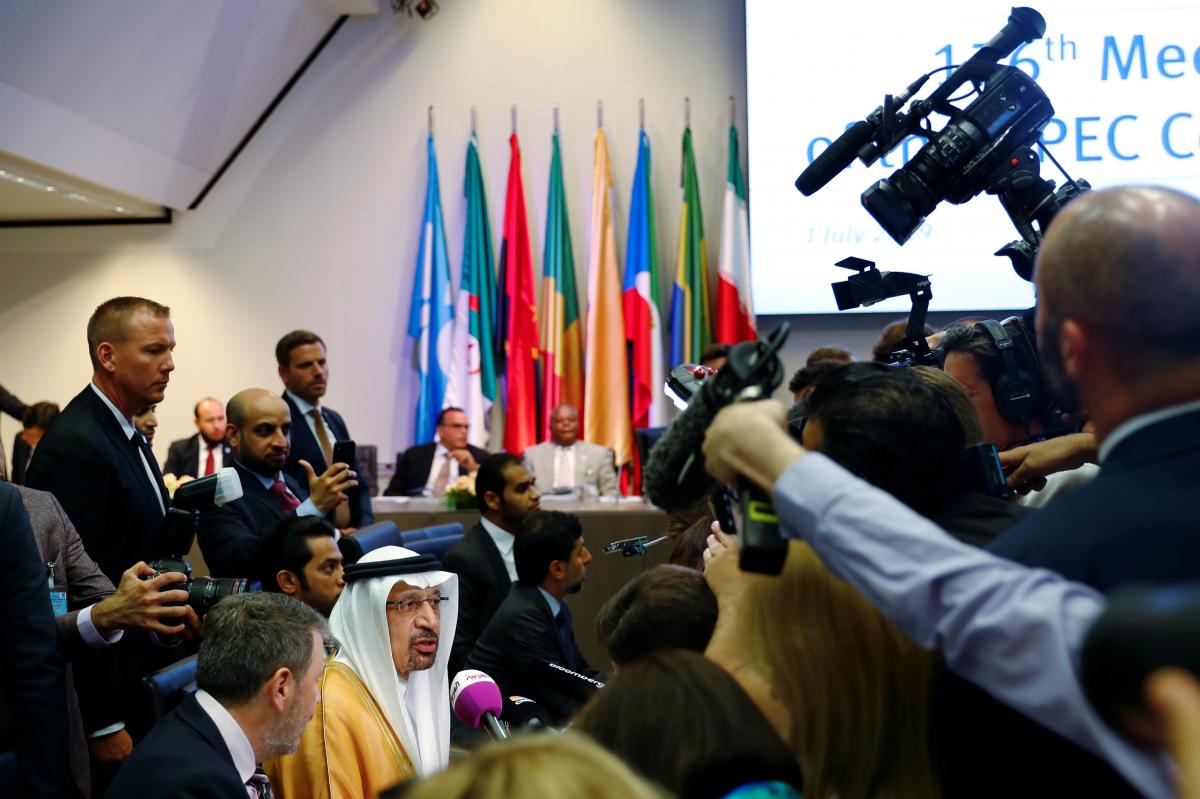 OPEC agreed on Monday to extend oil supply cuts until March 2020, three OPEC sources said, as the group's members overcame their differences in order to prop up the price of crude amid a weakening global economy and soaring U.S. production.

Benchmark Brent crude LCOc1 has climbed more than 25% so far this year after the White House tightened sanctions on OPEC members Venezuela and Iran, slashing their oil exports.

OPEC and its allies led by Russia have been reducing oil output since 2017 to prevent prices from sliding amid soaring production from the United States, which has overtaken Russia and Saudi Arabia as the world's top producer.

Fears about weaker global demand as a result of a U.S.-China trade spat have added to the challenges faced by the 14-nation Organization of the Petroleum Exporting Countries.

"Saudi Arabia is doing its best to achieve oil prices at $70 per barrel despite what Trump wants. But they haven't accomplished that even with Iranian and Venezuelan oil exports dropping. And the reasons for that are weak demand and U.S. shale growth," said Gary Ross from Black Gold Investors.

The United States, the world's largest oil consumer, is not a member of OPEC, nor is it participating in the supply pact. A jump in oil prices might lead to costlier gasoline, a key issue for Trump as he seeks re-election next year.

Brent rose as much as $2 on Monday toward $67 per barrel as traders cited OPEC's resolve to curb output.

The OPEC meeting on Monday will be followed by talks with Russia and other allies, a grouping known as OPEC+, on Tuesday.

If you see a spelling error on our site, select it and press Ctrl+Enter
Tags:oilBrentOPECWTIcrudeoil