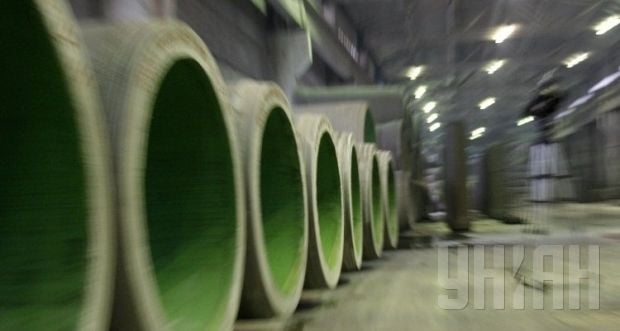 According to the statement, along with a reduction in import prices for pipes in Ukraine, there is a downward tendency in sales prices of local pipe producers in the domestic market, as well as a decline in sales of locally manufactured products, a reduction in production volumes and declining capacity utilization, which translates into reductions in employment, capital productivity and liquidity indicators.

Thus, the decision of the Interdepartmental Commission is aimed at protecting domestic producers, the ministry said.

The biggest quotas for steel pipes imports to Ukraine for the period until September 2016 were provided to Russia (20,700 tonnes) and Austria (4,200 tonnes).

As UNIAN reported earlier, at the beginning of October 2014 Ukraine extended for six months, until March 31, 2015, import quotas introduced in 2008 on steel seamless casing pipes and pump and compressor pipes with outside diameters up to 406.4 mm, regardless of their country of origin.

The largest producers of pipes in Ukraine are the Nizhnedneprovsky Pipe Rolling Plant, Novomoskovsk Pipe Production Plant, Interpipe Niko-Tube (belonging to the integrated pipe and wheel company Interpipe owned by Victor Pinchuk), as well as Khartsyzsk Pipe Plant (included in the Metinvest Group of Rinat Akhmetov).