A rally in equity markets around the world on growing expectations that global economies would take action to counteract slowing growth also supported oil prices. 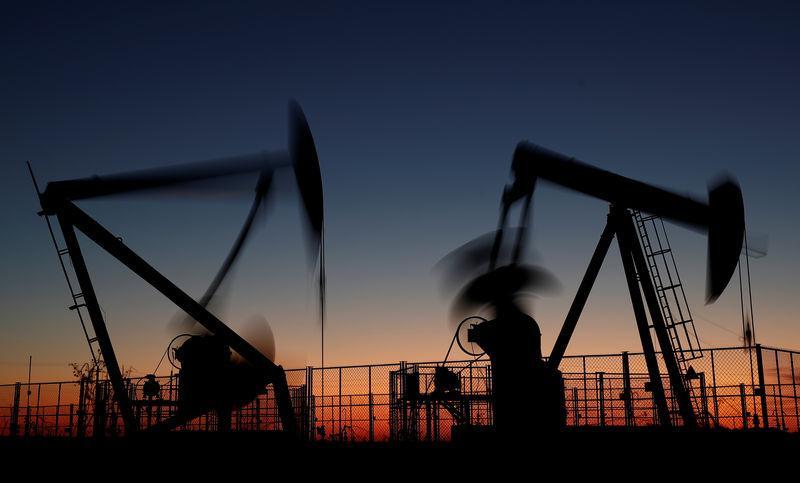 Crude oil prices held mostly steady on Tuesday on optimism that U.S.-China trade tensions would ease and on hopes that major economies would enact stimulus measures to counter a possible global economic slowdown that could affect oil demand.

The United States said it would extend a reprieve that permits China's Huawei Technologies to buy components from U.S. companies, signaling a slight softening of the trade conflict between the world's two largest economies.

The extension sets a very "comforting tone" ahead of next month's U.S.-China trade talks, Stephen Innes, managing partner of VM Markets, said in a note.

"The U.S.-China trade spat has been at the center of the oil market demise, which has sent the global economy to the brink of recession and negatively impacted oil demand forecasts," he said.

A rally in equity markets around the world on growing expectations that global economies would take action to counteract slowing growth also supported oil prices.

Meanwhile, a Reuters poll of seven analysts revealed expectations that crude oil inventories in the United States fell by 1.9 million barrels in the week to Aug. 16.

The poll was conducted ahead of reports from the American Petroleum Institute (API), an industry group, and the Energy Information Administration (EIA), an agency of the U.S. Department of Energy.

"An unexpected rise, (could) possibly (take) the wind out of oil's sails, if only temporarily," said Jeffrey Halley, a senior market analyst at OANDA.

The API is scheduled to release its data on Tuesday.

Still, prices were weighed down by a report from the Organization of the Petroleum Exporting Countries (OPEC) that stoked concerns about oil demand growth.

Traders were also watching for signs of tension in the Middle East after the United States called the release of an Iranian tanker at the center of a confrontation between Iran and Washington unfortunate, warning Greece and Mediterranean ports against helping the vessel.