Zelensky: Nord Stream 2 "unacceptable", threat to all of Europe

The Ukrainian leader noted that Kyiv and Warsaw stand for diversifying energy sources. 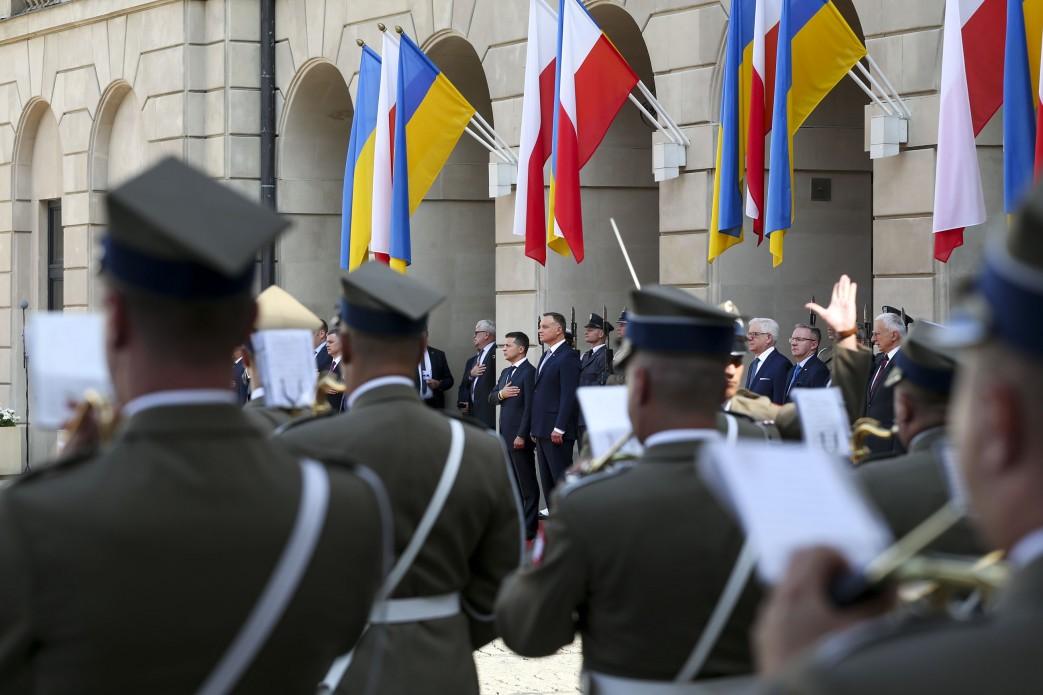 Ukraine and Poland share the view that the construction and commissioning of the Nord Stream 2 gas pipeline are unacceptable, posing a threat to all of Europe.

"We spend some time talking energy security, and here we speak with Poland in a unanimous voice: Nord Stream -2 is unacceptable as it poses a threat to all of Europe," Zelensky said Aug 31, during a joint press conference with Polish President Andrzej Duda in Warsaw, during the Ukrainian president's two-day official visit to Poland.

"At the same time, we stand for diversifying energy sources, as well as energy cooperation in the Poland-U.S.-Ukraine triangle," said the head of the Ukrainian state.

Ukraine stands against the construction of Nord Stream 2 as it will most likely lose its status of a gas transit country, while its potential revenue losses are estimated at $3 billion annually. The project is also highly criticized by the U.S., Poland, and Baltic States.

If you see a spelling error on our site, select it and press Ctrl+Enter
Tags:RussiaEuropeenergyUSAPolandcooperationNordStream2energysecuritythreatZelensky