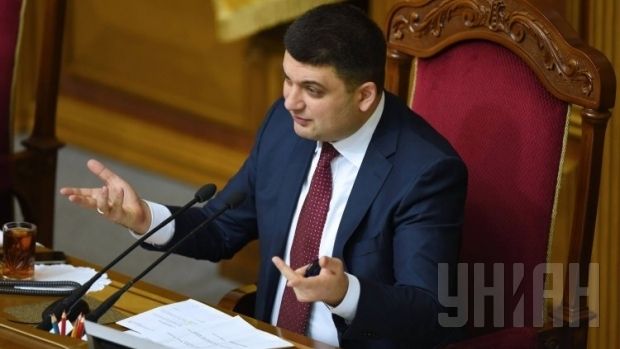 "This is the salary of MPs from April 1. I want to finally put an end to speculation on this subject," he said.

"Before April 1, the salaries for members of Cabinet of Ministers, MPs and other officials consisted of seven minimum wages and amounted to UAH 8,526, but this restriction was canceled on March 2," he said.

"At the same time, according to the decision of the Cabinet of Ministers of February 14, in 2015 the monthly salary of the MPs is equal to the salary of members of the government, which is now UAH 6,109," Groysman said.

As reported, one of the improvements of the budget after the adoption of the law was to raise the maximum amount of salaries to MPs of Ukraine to 10 times the minimum wage.

However, Groysman denied there would be an increase in the salaries of MPs.

"I want to officially declare – there was no increase and I, as chairman of the Verkhovna Rada, will not sign any decision to increase salaries to MPs under the conditions in which the country is living," he said.

"I would like to say to those who are spreading these rumors – don’t invent things," Groysman said.