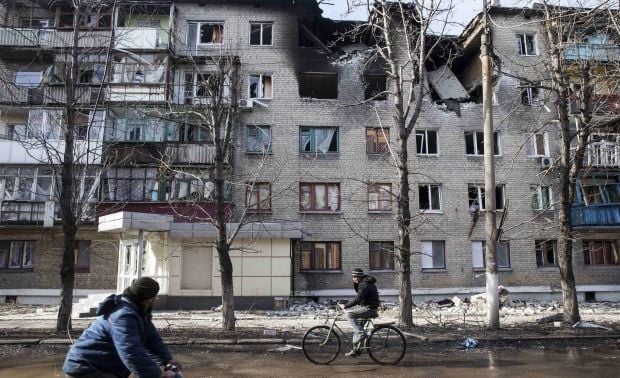 "Today, according to our estimates, not less than UAH 3.5 billion is needed. This is in Donetsk region. More than 12,000 facilities are destroyed, of which about 9,000 are houses. This question has to be resolved, because some people do not have a roof over their heads," he said.

As UNIAN reported earlier, Ukraine from April 2014 has been conducting an Anti-Terrorist Operation against the Russian-backed militants in Luhansk and Donetsk regions.

According to the government's decision of November 7, 2014, the areas not controlled by the Ukrainian authorities include major cities in the region such as Donetsk, Horlivka, Yenakieve, Makiivka, Khartsyzsk, Luhansk, Alchevsk, Anthracyt, Krasniy Luch, Rovenki, Sverdlovsk, Stakhanov and Pervomaisk.

According to Ukrainian Finance Minister Natalia Jaresko, Ukraine spends EUR 5 million every day of the war.

As of September 2014, the amount of damage caused by the fighting was estimated at least UAH 12 billion.