For the week, Brent futures were down 6.3%, marking its largest weekly loss since July. 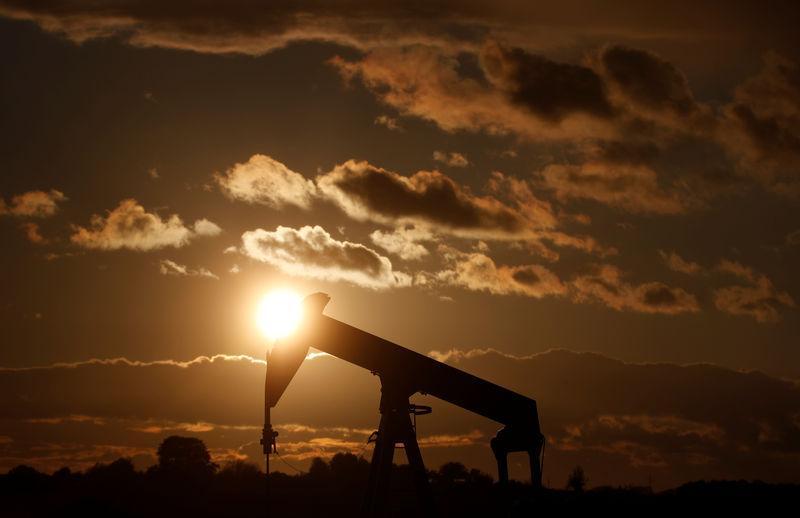 Oil futures were higher ahead of the weekend but remained on track for large weekly losses on fears that slower global economic growth will hurt fuel demand, even as Saudi Arabia said it has fully restored oil output after recent attacks.

"Asia will probably see some buying emerge over the session as traders hedge potential weekend geopolitical risk, although the session should be quiet with China still on holiday," said Jeffrey Halley, a senior market analyst at OANDA in Singapore.

For the week, Brent futures were down 6.3%, marking its largest weekly loss since July. WTI was down 5.7% for the week, also its biggest decline since July.

"The recovery from the initial sell-off looked more a case of hope rather than reality," said Halley.

Weak U.S. services sector and jobs growth data on Thursday added to worries about global oil demand and exacerbated fears that a protracted U.S.-China trade war could push the global economy into a recession.

"Concerns about global oil demand are rising, and next week's U.S.-China trade talks, the significant X factor, will be particularly important, given the sharp drop in the oil price over the last week," said Stephen Innes, Asia Pacific market strategist at AxiTrader.

"The mood wasn't helped by news that Saudi Arabia has managed a speedy recovery from the recent attacks," ANZ Bank said in a note on Friday.

Recent data showing a slowdown in U.S. shale output and drilling activity, however, could lend some support.

If you see a spelling error on our site, select it and press Ctrl+Enter
Tags:USAcrudeoilBrentChinaSaudi ArabiaWTI