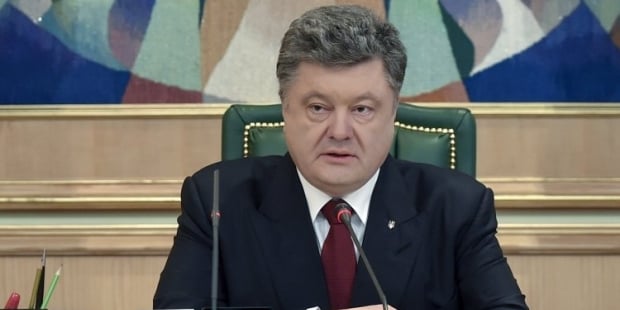 Poroshenko: We have already received donors' confirmation to allocate $2 billion / Photo from UNIAN

He announced this in an interview with Ukraina TV Channel on Friday.

”We have prepared an international conference on Donbas, which foresees two directions. The first is that we've already received donors' confirmation to allocate $2 billion to restore Donbas infrastructure. This concerns the restoration of the electricity and water supply, the rehabilitation of roads, destroyed bridges, ruined school and hospital facilities," the president said.

"The second direction is to renew and inject investment into Donbas. And every my visit, starting from Germany, the United States, Canada, Australia, Japan and my recent trip to France, is a clear demonstration: yes, Mr. President, we're ready to go to Donbas together with you, bring [same] equipment as was taken away to Russia, build plants, which were destroyed by militants, and do their best to create jobs for people there," Poroshenko said.

According to Poroshenko, the main things required in the occupied territory are security, the settlement of humanitarian problems faced by those who're unable to work, and the creation of jobs. "And as of today there is a comprehensive program I've approved, and we're looking forward to seeing the first security-related stage be over, when the ceasefire becomes reality and [military] hardware is withdrawn and demilitarization takes place, after fair, transparent [local] elections are held in line with OSCE standards, and then we'll immediately inject investment into Donbas and funds to rebuild [its] infrastructure," Poroshenko said.