The Ukrainian Agrarian Confederation, which unites professional organizations and leading companies in the agricultural industry, is concerned over the situation surrounding the proceedings in the case of the liquidated VAB Bank. 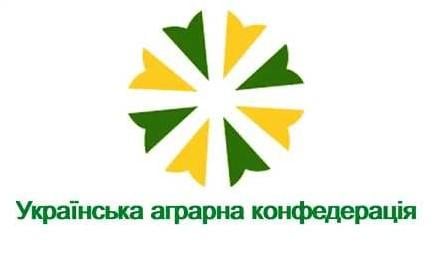 The security forces illegal actions against the agrarian business of Oleg Bakhmatyuk only contribute to the destruction of the Ukrainian agrarian business that provides jobs and multi-billion dollar payments to the budget.

The Ukrainian Agrarian Confederation appealed to the President of Ukraine regarding the current situation with the group of Ukrlandfarming companies and its owner Oleg Bakhmatyuk. The Federation is requiring the President to protect the multibillion-dollar business providing 27,000 jobs.

Complete text of the petition:

To the President of Ukraine, Volodymyr Zelensky

Over the last few days, the mass media have been circulating reports of high-profile arrests by the National Anti-Corruption Bureau of former and current officers of the National Bank and VAB Bank as well as executives of other privately-owned companies linked to agricultural businessman Oleg Bakhmatiuk.

The Ukrainian Agrarian Confederation, which unites professional organizations and leading companies in the agricultural industry, is concerned over the situation surrounding the proceedings in the case of the liquidated VAB Bank.

Ukrlandfarming Group has found itself in the crosshairs. The company is one of the leading members of the Ukrainian Agrarian Confederation, generating 1% of the GDP and close to UAH 3 billion in tax revenue and paying over UAH 3.5 billion in wages. A company that pays billions in taxes, works in 600 communities in 22 regions of Ukraine, and employs 27,000 workers mostly in rural areas is being held hostage by law enforcement agencies that are conducting baseless searches and detaining its employees.

According to Ukrlandfarming owner Oleg Bakhmatiuk, the law enforcement agencies jointly with the National Anti-Corruption Bureau have yet again resumed criminal proceedings against VAB Bank. This case had already been examined by all uniformed services of our country: the National Police, the Security Service of Ukraine, and the prosecution authorities. Countless expert examinations, investigative activities, and searches were conducted. Over the past 5 years, the company has pursued a policy of openness in dealing with the investigative authorities, and its management has always been willing to sit down at the negotiating table in order to preserve the company that has a tremendous impact on the nation’s economy.

According to information from public sources, Oleg Bakhmatiuk has made repeated proposals to the Deposit Guarantee Fubd and the NBU to constructively resolve the issue concerning the bank’s debt and pay UAH 8 billion to the budget by using a restructuring mechanism and involving reputable international auditors.

Unfortunately, NBU leadership is unwilling to support decisions that would benefit the state, generate tax revenue, and preserve 27,000 jobs at a time when wrongful actions of the law enforcement agencies are aimed exclusively at destroying this company.

In the opinion of the Ukrainian Agrarian Confederation, the situation surrounding Ukrlandfarming Group will not only adversely affect the capitalization of this company but also deal a detrimental blow to the investment attractiveness of our country by throttling the flow of direct foreign investments into the nation's economy.

In light of the foregoing, on behalf of professional organizations, producers, and processing businesses of the agricultural industry we appeal to you, Mr. President, with a request to intervene in the situation surrounding the proceedings against the liquidated VAB Bank and put an end to the wrongful actions of the law enforcement agencies, including the National Anti-Corruption Bureau, which effectively undermine the Ukrainian agricultural industry that creates jobs and delivers billions in tax revenue for state coffers.