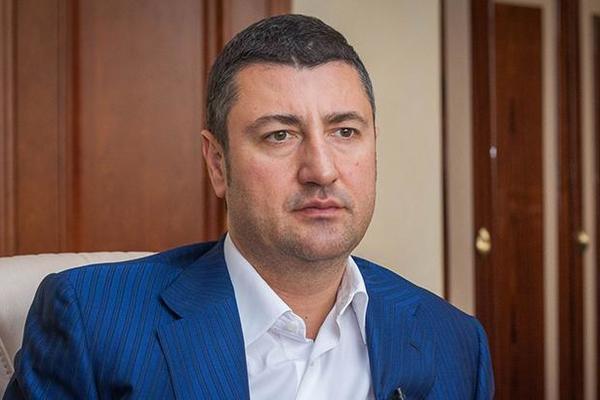 Photo from the press service

A notice of suspicion issued by the National Anti-corruption Bureau of Ukraine (NABU) against ex-owner of VAB Bank and owner of UkrLandFarming Oleg Bakhmatyuk and the fact that he has been put on the wanted list threaten the further work of one of Ukraine's largest agricultural producers, the businessman told UNIAN in an interview.

"To put it mildly, all our international partners are now surprised. Mriya Agro Holding's bankruptcy will look like an easy case after the fall of UkrLandFarming," he said.

According to Bakhmatyuk, the situation has a negative impact on Ukraine's investment attractiveness and the status of the state in the international arena.

"I even know that there is a letter from investors in which they warn that if their rights are violated, they will file an international claim vs Ukraine. Therefore, the people who create such situations do it unconsciously, and I do not know what for," he said.

According to Oleg Bakhmatyuk, he repeatedly proposed restructuring VAB Bank's debts and wanted to start payments according to the schedule agreed by the parties, but he has not yet received feedback: "We offered to take in international advisers, such as, for example, Rothschild, Lazard, the Big Four accounting firms, take on globally acclaimed debt restructuring companies and hire lawyers. Plus, there's the offer we mentioned earlier: We return UAH 8 billion (US$331.2 million), of which we immediately pay UAH 500 million (US$20.7 million) in a guarantee deposit while documents are being processed, and we return UAH 1 billion (US$41.3 million) annually. What's wrong with that?"

What is more, Bakhmatyuk considers the whole process to be politically motivated, because public accusations voiced by NABU appeared just at the time of his ongoing negotiations to raise funds for paying the bank's debt: "We came up with a proposal to the Deposit Guarantee Fund that we would like to repay UAH 8 billion as bona fide shareholders. And I went to negotiate with the buyers of our raw materials – cereals – with Cargill. I was in Qatar, the United Arab Emirates, Geneva, where I fully agreed that they could secure this repayment plan against future contracts. And when we were already at the finishing stretch, they on Sunday issued a suspicion notice against me, which completely disrupted the course and made the negotiations disadvantageous. All the lawyers who are now reviewing our case say that it is purely political, human rights, procedural rules are violated here," Bakhmatyuk said.

He recalled that about 27,000 people work for UkrLandFarming, the company regularly pays taxes to the national budget and plays an important role in ensuring the country's food security.

As UNIAN reported earlier, on November 22, 2019, the website of the Ministry of the Interior published information on putting ex-owner of VAB Bank and owner of UkrLandFarming Agro Holding Oleg Bakhmatyuk on the wanted list. Earlier, on November 14, NABU detectives informed Bakhmatyuk of a suspicion of embezzling a UAH 1.2 billion (US$49.6 million) stabilization loan issued by the National Bank of Ukraine to VAB Bank.