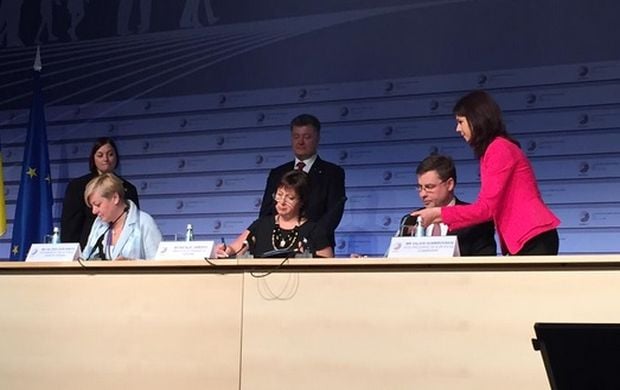 The signing ceremony took place on Friday during the fourth Eastern Partnership summit, held in Riga, according to an UNIAN correspondent.

The signing took place in the presence of Ukrainian President Petro Poroshenko.

As reported earlier, the European Commission proposed to provide Ukraine with a new macro-financial assistance on January 8, 2015. After a positive vote in the European Parliament that took place on March 25, on April 15 the corresponding decision was signed by European Parliament President Martin Schulz and the Secretary of State for European Affairs of the Latvian Parliament Zanda Kalniņa-Lukaševica.

Ukraine will receive the first tranche of EUR 600 million at the beginning of the summer.