The energy ministers of Greece, Israel and Cyprus – Kostis Hatzidakis, Yuval Steinitz and Yiorgos Lakkotrypis – signed the final agreement on the pipeline at a ceremony in Athens. 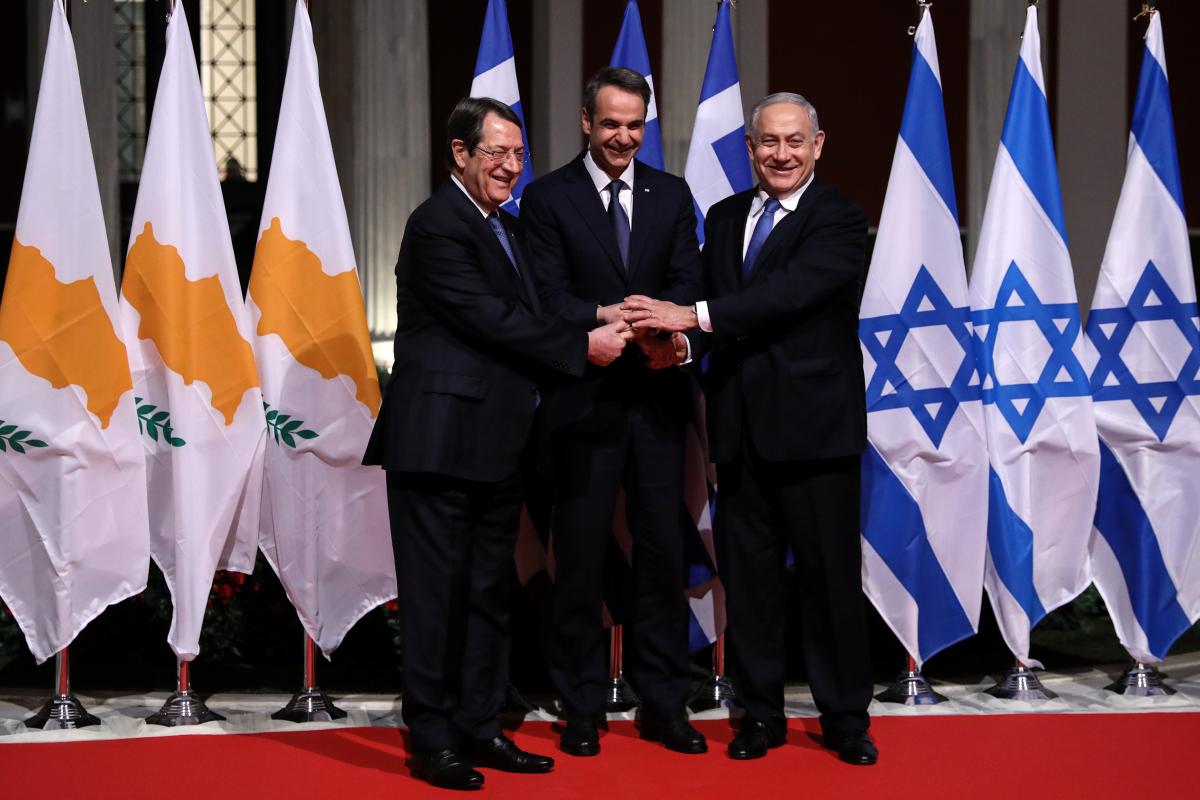 Greece, Cyprus and Israel on Thursday signed a deal to build a 1,900 km (1,180 mile) subsea pipeline to carry natural gas from the eastern Mediterranean's rapidly developing gas fields to Europe.

Although Turkey opposes the project, the countries aim to reach a final investment decision by 2022 and have the pipeline completed by 2025 to help Europe diversify its energy resources, Reuters wrote.

European governments and Israel last year agreed to proceed with the so-called EastMed project, a $6 to $7 billion pipeline project that is expected initially to carry 10 billion cubic meters of gas per year from Israeli and Cypriot waters to the Greek island of Crete, on to the Greek mainland and into Europe's gas network via Italy.

The energy ministers of Greece, Israel and Cyprus – Kostis Hatzidakis, Yuval Steinitz and Yiorgos Lakkotrypis – signed the final agreement on the pipeline at a ceremony in Athens.

Last month a Turkish official said there was no need to build the EastMed pipeline because the trans-Anatolian pipeline already existed.

Turkish Foreign Ministry spokesman Hami Aksoy said any project that ignored the rights of Turkey and Turkish Cypriots over natural resources in the eastern Mediterranean would fail.

"The most economical and secure route to utilize the natural resources in the eastern Mediterranean and deliver them to consumption markets in Europe, including our country, is Turkey," he said in a statement on Thursday.

"It (the agreement) ... supports a common aim for peace, security and stability in the particularly vulnerable region of the Eastern Mediterranean," Anastasiades said. 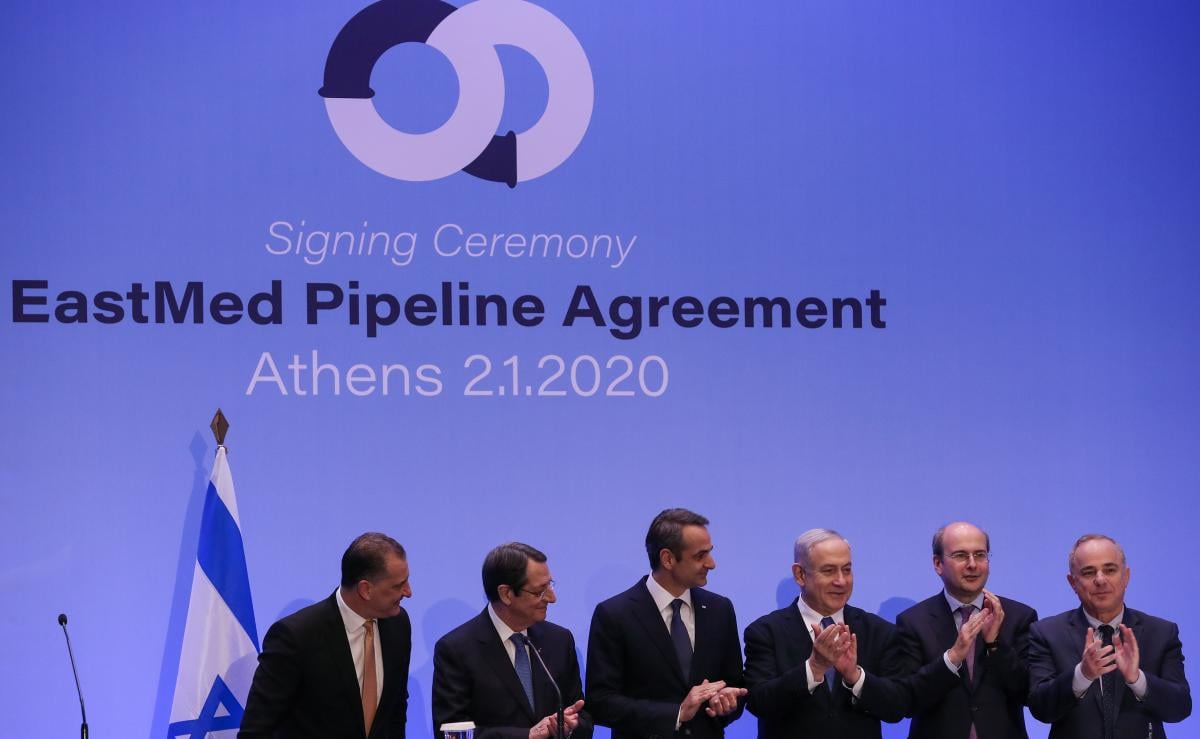 The region lacks significant oil and gas infrastructure and political relations between the countries – including Cyprus, Greece, Egypt, Israel, Lebanon and Syria – are strained on a number of fronts.

The signing of the EastMed pipeline comes weeks after Turkey and Libya struck an accord on sea boundaries in the Mediterranean, a move which Greece, Cyprus and Israel opposed.

Analysts say that pact could present a barrier to the proposed pipeline which would have to cross the planned Turkey-Libya economic zone.

"If Turkey would be interested, the door is open," Israel's Energy Minister Yuval Steinitz told Reuters.

"We are ready to discuss some kind of cooperation, energy cooperation, also with the Turks. We are not against the Turks but we are very much in favor of the EastMed gas pipeline project," he said.

DEPA on Thursday signed a letter of intent with Energean, a gas producer with a focus on the Eastern Mediterranean, to buy two billion cubic meters of gas annually from Energean's gas fields off Israel via the planned pipeline.

Greece has said the agreement will be concluded once Italy signs off on it too.