Because of Sytnyk, state receives US$9.6 mln from VAB Bank assets sale instead of US$327.6 mln – Bakhmatyuk 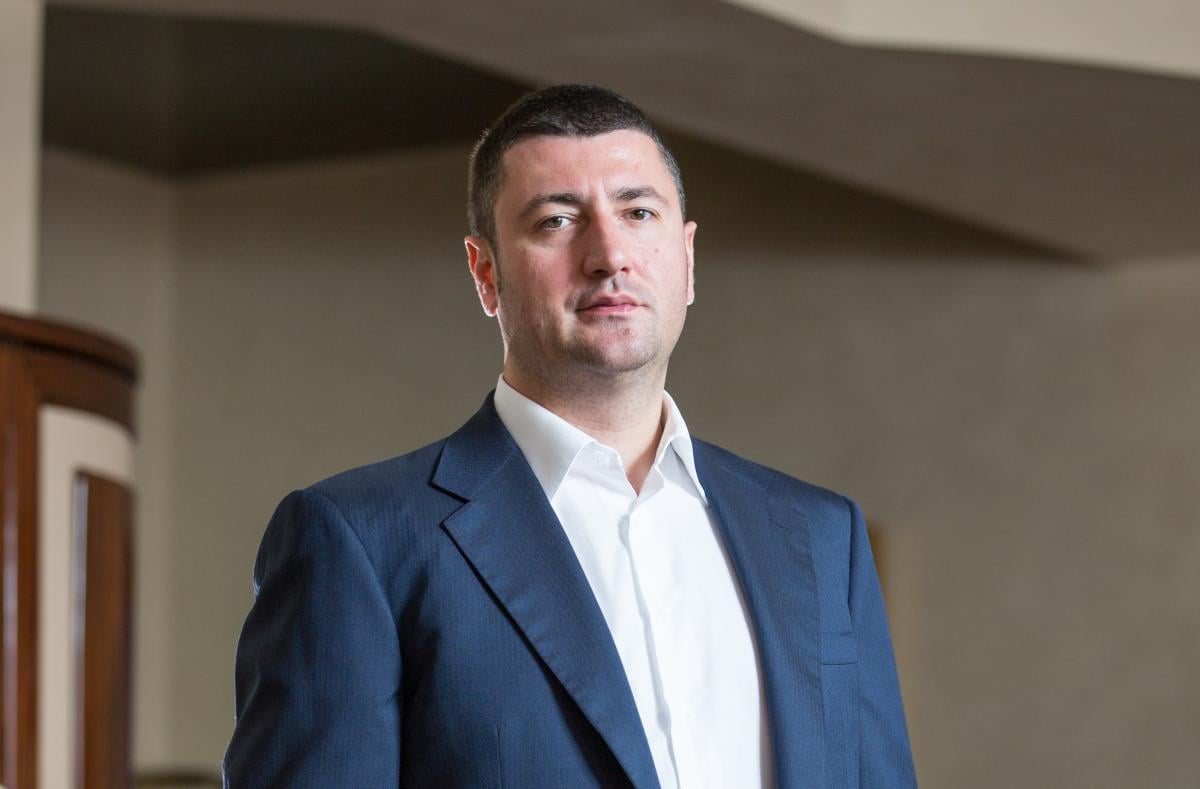 Former owner of VAB Bank and owner of UkrLandFarming and Avangard Group of Companies Oleg Bakhmatyuk has made a statement on the sale of VAB Bank assets by the Deposit Guarantee Fund. Thanks to the destructive actions of Director of the National Anti-corruption Bureau of Ukraine (NABU), Artem Sytnyk, the state got a mere UAH 234 million (US$9.6 million) of the proposed UAH 8 billion (US$327.6 million), Bakhmatyuk says, while his company, which pays billions in taxes to the budget and employs 27,000 Ukrainians, is facing a threat of destruction, Ukrainian News reports.

Bakhmatyuk's statement on the sale of VAB Bank assets by the Deposit Guarantee Fund at an auction for UAH 234 million has been posted on the official website of the UkrLandFarming Group of Companies. "I would like to congratulate Mr. Sytnyk and his entire 'clique' on yesterday's 'big victory.' Yesterday, the Deposit Guarantee Fund issued a press release, stating they had sold all assets of VAB Bank for UAH 234 million. I, as a shareholder, both two years ago and most recently, have applied with official letters, proposing to consider the possibility of getting UAH 8 billion. Instead, the budget received only UAH 234 million," he said.

In his statement, Bakhmatyuk notes the situation around UkrLandFarming and Avangard, and himself as a bank shareholder, consciously retaining a constructive position and offering Ukraine's budget much more than it gets from selling assets for nothing, has shaped not in the state's interests: "I urged and still urge them: save the company that is capable of generating billions in taxes to the state budget, that employs 27,000 Ukrainians and that pays billions in wages. And the state would have gotten 40 times more than it received, having sold assets at a bidding. But NABU Director Sytnyk and those who help him destroy the company are not interested in bringing funds back to the state. They are only interested in their own promotion and satisfaction of own ambitions. And I'm sure they will be held accountable for this, sooner or later, when someone clearly calculates how much the state could have received and how much it actually received as a result of their actions."

Bakhmatyuk recalled that the experience of the United States and European countries proves that a peaceful settlement as a result of agreements reached between the state and businesses provides significantly higher budget revenues and enables businesses to work in such critical situations. "Even more so, if this business is an important participant in the economic processes in Ukraine," says Bakhmatyuk. "But people who are trying to destroy the company are not interested in creating anything. These individuals consume huge budget funds and destroy those who produce these funds. They are not interested in anything except their own promotion and satisfaction of own ambitions. I believe this should receive a fair assessment, even if not today – after all, these people will not hold their posts forever."

The UkrLandFarming shareholder said a constructive conversation at the negotiating table and a peaceful settlement of such issues are important primarily for the observance of state interests. "The budget needs to be filled, while the economy must not be destroyed. Does anyone slaughter a chicken laying golden eggs? Are they destroying a company that is budget-shaping, adequately representing Ukraine on international markets and ensuring the country's export potential? These are the questions the Ukrainian authorities must answer. While declaring willingness to achieve Ukraine's economic development, they fall hostage to the ambitions of a handful of people with destructive intentions and actions," Bakhmatyuk said.

As reported earlier, former owner of VAB Bank Oleg Bakhmatyuk offered to pay the bank debt to the state in the amount of UAH 8 billion using restructuring mechanisms. The businessman has not yet received a response to his proposal from the National Bank of Ukraine and the Deposit Guarantee Fund. Meanwhile, NABU began interrogating 10,000 employees of Bakhmatyuk's agrarian companies. According to the agricultural holding's press service, this was caused by a conflict of interest on the part of NABU Director Artem Sytnyk – the court had found him guilty of corruption, and he was put in the register of corrupt officials. He is facing dismissal from his post. The main witness for the prosecution in that case was the advisor to Bakhmatyuk's sister.