Ukraine insists on debt restructuring on its own сonditions – Yatseniuk 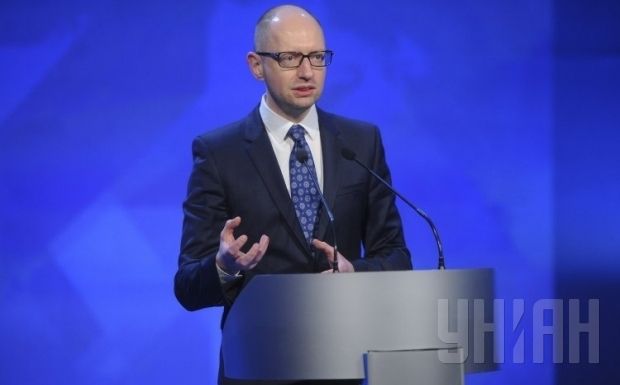 "I discussed [with Lagarde] the issue of restructuring Ukraine’s debts to foreign creditors. We once again insist, and our position remains unchanged – that the debts to private creditors should be restructured,” Yatseniuk said.

“The position of all sides: the IMF, the U.S. government, the U.S. Treasury Department - everyone has to take steps. We have proposed conditions that correspond to the market level. Ukraine is in a state of war with a nuclear state - Russia. No other option exists but to accept the terms [of the Ukrainian government] regarding debt restructuring, and to enable the country to overcome a difficult economic situation.

"We expect that they [lenders] will support the position of assisting Ukraine," Yatseniuk said.

Ukraine has suggested several options for restructuring the debt, including writing off a large part of the debt. However, this condition is not acceptable to private lenders, who instead suggest extending the maturity until 2019.