Mariupol, Berdyansk and Volnovaha left without gas supplies due to damaged pipeline

Gas supplies to Mariupol, Berdyansk and Volnovaha have been disrupted due to damage to a gas pipeline after shelling by militants, spokesperson of Ukrtransgaz Maksim Bielawski has written on his page on Facebook. 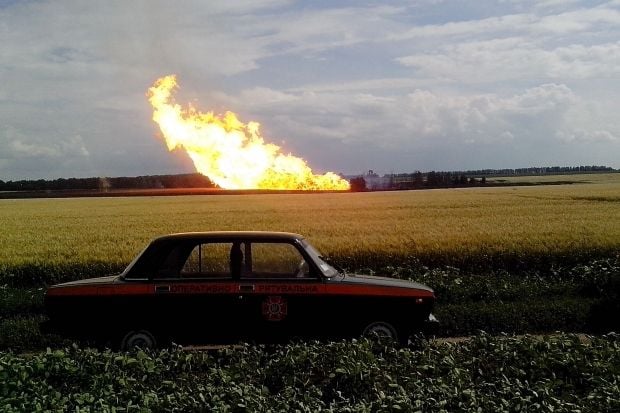 "The Kramatorsk-Donetsk Du 1000 main gas pipeline has been damaged in the area of ​the village of Ocheretyno. The damaged area is being localized by Ukrtransgaz personnel. Gas supplies to Volnovakha, Mariupol, Berdyansk will be suspended for the duration of the repair work, approximately 1.5-2 days after the cessation of hostilities," Bielawski wrote.

According to Bielawski, the transit of natural gas to Europe is not affected by this emergency situation.

"The resumption of operations of the damaged transmission infrastructure will be announced later," he said.

As UNIAN reported earlier, the Head of Chief Directorate of the Interior Ministry of Ukraine in Donetsk region Vyacheslav Abroskin wrote on his Facebook page on Friday morning that the pipeline had been damaged as a result of shelling launched by militants.