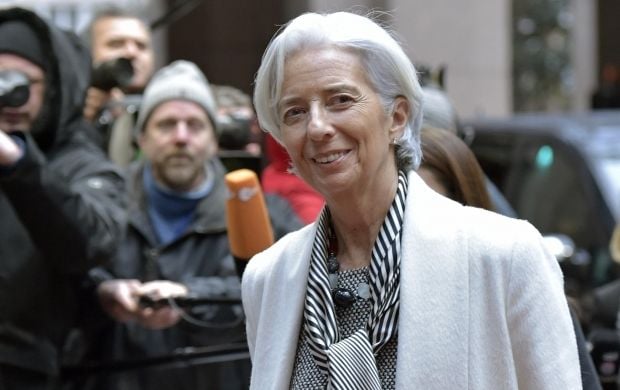 Christine Lagarde, the Managing Director of the International Monetary Fund (IMF), set out the fund’s position in the following letter about Ukraine to Members of the Financial Community on June 12, 2015, according to an UNIAN correspondent.

"The Ukrainian authorities have embarked on an ambitious economic program for 2015–18 aiming at deep-reaching macroeconomic adjustment and structural reforms,” Lagarde wrote in the letter.

“[The program] includes a substantial fiscal consolidation and energy sector reforms, the rehabilitation of the banking system, the build-up of the National Bank of Ukraine’s (NBU) international reserves to prudent levels, and the improvement of the business environment to enhance the productive potential of the economy. The economic program is being supported by exceptional financing from the IMF under the recently approved extended arrangement (EFF) as well as by financial assistance from the EU, U.S., other International Financial Institutions, and bilateral partners.

“For completion of the first program review, and in general for the program to go forward, IMF policies require, among other things, an assessment that the program is fully financed and public debt is sustainable with high probability. Achieving this depends critically on financial support from Ukraine’s private creditors, in addition to the significant assistance already committed from official partners. In this context, the IMF attaches great importance to reaching the three objectives under the debt operation announced by the authorities, namely (i) generating $15.3 billion in public sector financing during the program period; (ii) bringing the public and publicly guaranteed debt/GDP ratio to under 71 percent of GDP by 2020; and (iii) keeping the budget’s gross financing needs at an average of 10 percent of GDP (maximum of 12 percent of GDP annually) in 2019–25.

“To ensure economic and financial stability, these objectives need to be achieved in a manner consistent with maintaining a strong international reserves position over the medium term, in line with projections under the program. In this regard, the NBU’s international reserves cannot be used for sovereign debt service without the government incurring new debt, which would be inconsistent with the objectives of the debt operation. Ultimately, Ukraine’s debt repayment capacity is limited by its fiscal capacity.

“Rapid completion of the debt operation with high participation is vital for the success of the program, since Ukraine lacks the resources under the program to fully service its debts on the original terms. The IMF, in general, encourages voluntary pre-emptive agreements in debt restructurings, but in the event that a negotiated settlement with private creditors is not reached and the country determines that it cannot service its debt, the Fund can lend to Ukraine consistent with its Lending-into-Arrears Policy.

“The Ukrainian authorities are fully cognizant of the large challenges ahead—including substantial macroeconomic risks stemming from the unresolved conflict in the East––and have reaffirmed their steadfast determination to tackle economic imbalances that held Ukraine back in the past, and deepen structural reforms in order to achieve robust and sustainable growth. I believe that their program warrants the support of the international community, including the private sector, which is indispensable for the success of this program."