Many Ukrainians had no access to 20 major TV channels after their satellite signal was coded on January 29. 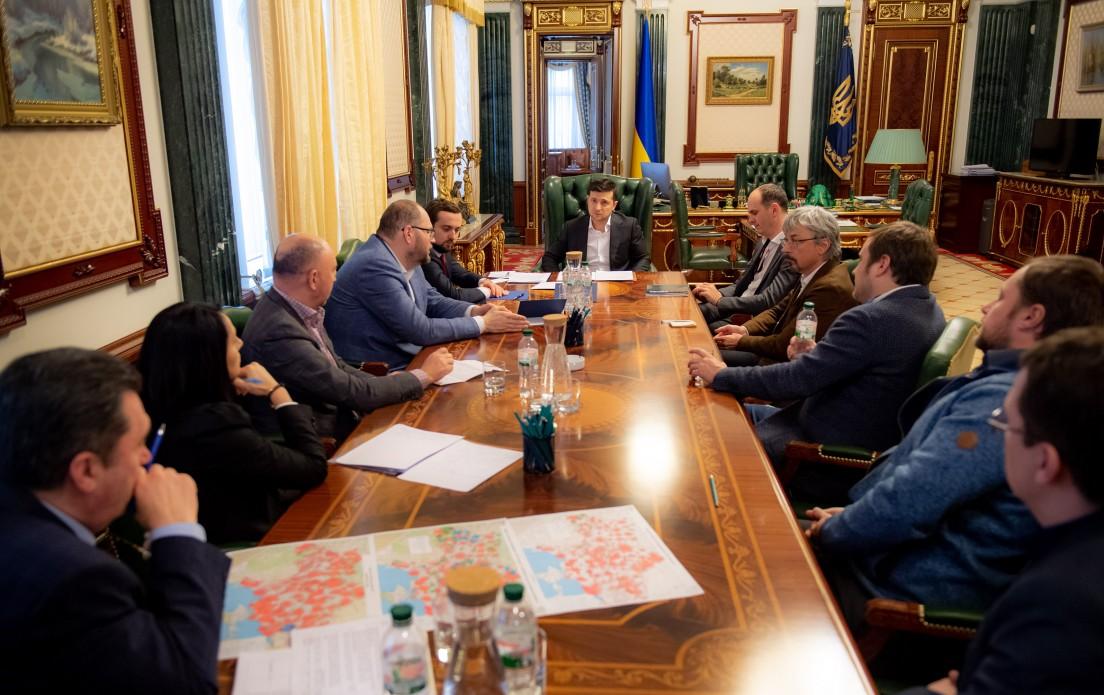 "Participants in the meeting discussed problems of television broadcasting, which arose after the beginning of the coding by four media groups of the satellite signal of their TV channels from January 29 this year pursuant to the decision of 2017," the presidential press service said.

This issue concerns not only the business of media groups, but also the strategic protection of information security of Ukraine, Zelensky said. Due to signal coding, not all Ukrainians can freely watch more than 20 major TV channels.

"We have thousands of letters and calls to the President's Office claiming that Ukrainians cannot receive this signal due to coding and cannot watch Ukrainian TV channels. This is especially topical for the region along the contact line and the temporarily occupied territories," he said.

According to him, thus, Russian television has become an alternative there as a result.

"We came there and saw that Russian radio and television broadcasting is carried out not only in the temporarily occupied territories. It has a very powerful signal in the controlled areas as well. In addition, they then 'silenced' our signal with military equipment. And now, it seems to me, they do not even need to use the technical means and money to silence – you have switched yourself off," he said.

Zelensky noted that the National Security and Defense Council (NSDC) of Ukraine has authority to introduce a moratorium on the coding of satellite TV channels, but it would not solve the whole spectrum of problems.

"We want to find a way out of this situation now. We have a very simple task: to provide an opportunity for people to watch Ukrainian television, especially in those territories to which we have solely information access now," he said.

To address the issue of Ukrainians' access to information in a comprehensive way, the president suggested that ZEONBUD digital television provider take steps to change signal modulation by March 4, 2020. This will expand coverage of digital television across the state and facilitate public access to television.

Also, by May 1, 2020, ZEONBUD should ensure the installation of digital transmitters in 47 settlements of Ukraine in accordance with previously undertaken commitments. In addition, the operator must upgrade the existing antenna feed systems for all border areas.

At the same time, the Ukrainian president and representatives of the media groups agreed to ensure the launch of non-coded satellite international versions of their nationwide TV channels by March 16, 2020 and thus make television accessible to Ukrainian citizens again.

In addition, satellite broadcasters Xtra TV and Viasat should develop social satellite TV packages with a minimum subscription fee for low-income social groups. This will allow such citizens to watch encoded TV channels.

The participants in the meeting agreed to involve the NSDC in the coordination of efforts with media groups to combat copyright infringement.

Zelensky also commissioned the NSDC Secretary to monitor the implementation of the agreements.