The work of the poultry farm was blocked by an attempt by officers of the enforcement service to take inventory of the enterprise's property as part of a NABU probe. 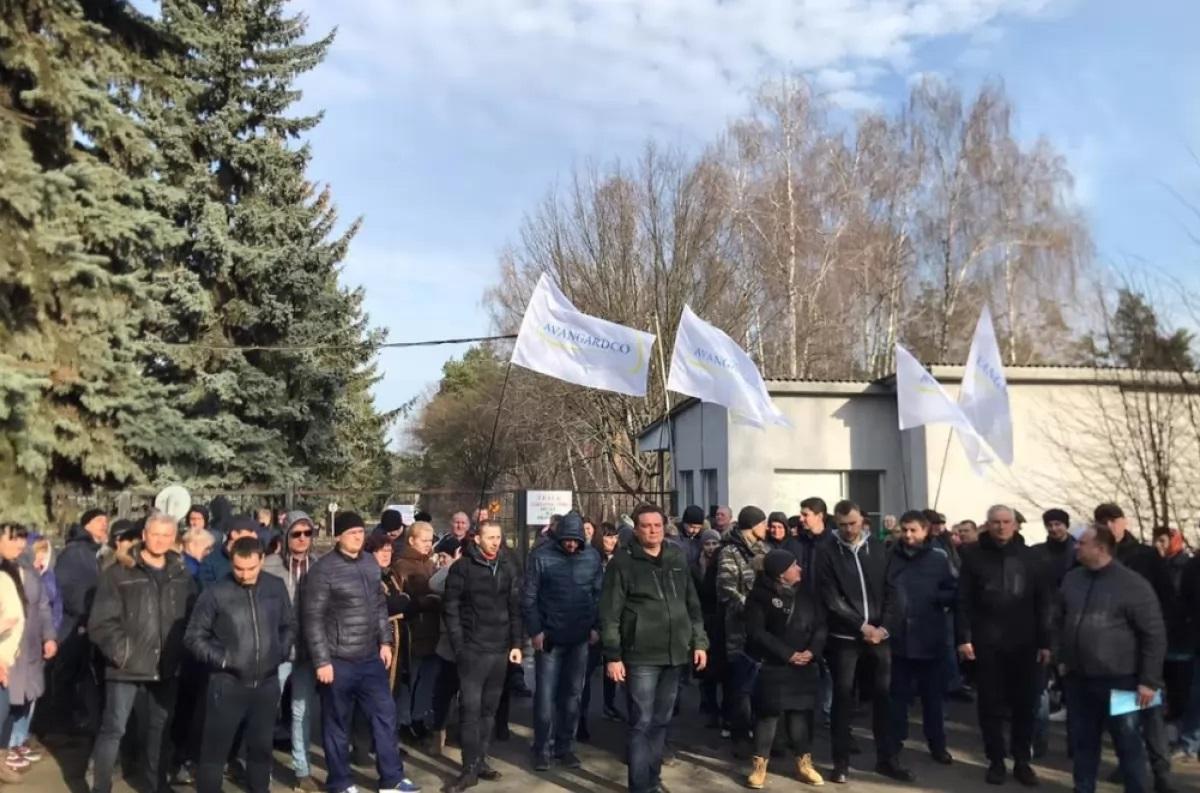 Workers came out to defend their farm / Photo from ukranews.com

Today, March 5, employees of the State Enforcement Service, in violation of sanitary rules, tried to get into the area of a Kyiv-based poultry farm. The workers who went out to defend their enterprise accused the Director of the National Anti-corruption Bureau of Ukraine (NABU) of revenge for the words printed on eggs during a protest rally: 'Sytnyk Out!'

This was reported by the Ukrainian News.

The work of the poultry farm, which is part of the Avangard agricultural holding, was blocked due to an attempt by officers of the enforcement service who came to take inventory of the enterprise's property as part of a NABU probe. The poultry farm points to unlawful pressure and an attempt to disrupt production processes, because the enterprise has nothing to do with the case referred to by the enforcement service. In addition, such enterprises are now put under enhanced biosecurity conditions as ordered by the State Service of Ukraine for Food Safety and Consumer Protection in connection with increased sanitary measures to prevent the spread of bird flu in Ukraine. Therefore, unauthorized persons' access to the area is prohibited. Members of the enforcement service attempted to enter such a facility without observing the sanitary rules and safety requirements.

But most of the employees who defended their poultry farm were outraged by the fact that such actions, in their view, are connected with personal revenge by NABU Director Artem Sytnyk for the printed words on the eggs. The fact is that thousands of workers of the agricultural holding gathered near the buildings of the Verkhovna Rada, the Cabinet of Ministers and the Prosecutor General's Office in Kyiv for a rally on February 5. They came out in defense of jobs from the actions of Artem Sytnyk, who was accused of trying to disrupt the sowing campaign and block the work of poultry farms by interrogating 10,000 workers and opening cases against the allegedly non-existence of Eurasia's two largest agricultural holdings.

At that time, the company's employees handed the eggs with the printed words 'Sytnyk Out!' over to Prosecutor General Ruslan Riaboshapka and tried to pass them to NABU Director Sytnyk. The eggs with the printings were brought by Kyiv poultry farm's workers, and Artem Sytnyk and his subordinates knew this. That is why the workers accused Sytnyk of revenge and an attempt to destroy the enterprise.

Now members of the enforcement service have left the poultry farm, and the company's top managers are waiting an official document from the service with explanations on what basis the service's officials were trying, in violation of the rules, to enter the area of the enterprise, which is not a party to the case and a court ruling.

Reference information: The Kyiv poultry farm, which is part of the Avangard agricultural holding, has been operating for 60 years. It produces 290 million eggs a year and pays UAH 23 million (about US$924,000) in taxes. The average salary at the enterprise is about UAH 15,000 (about US$603) per capita per month. Most workers at the poultry farm are young people to whom the company provides housing. Some 10% of the company's employees were employed in collaboration with Brovary's municipal employment center.