UkrLandFarming demands apology from NABU Director Sytnyk to 27,000 employees for his lies 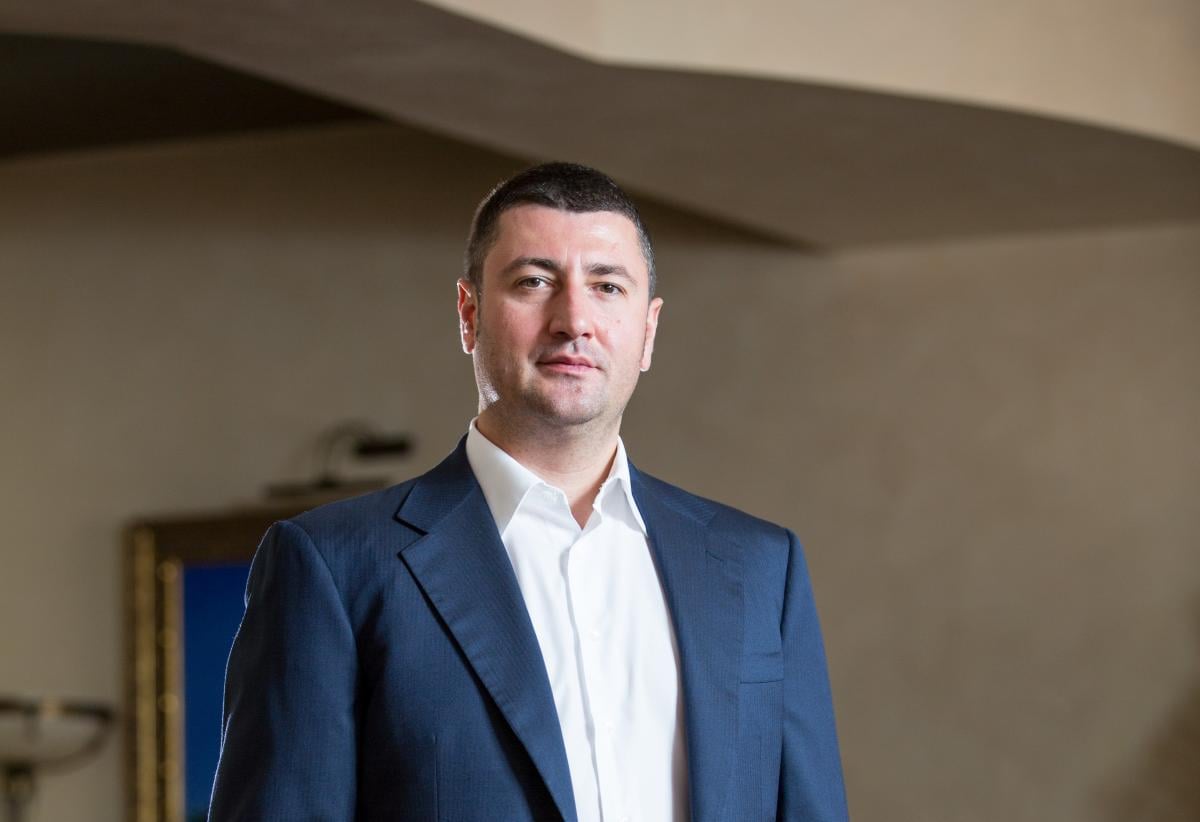 Owner of UkrLandFarming and Avangard Group of Companies, Oleg Bakhmatyuk, in his statement harshly responded to a recent speech in Ukraine's Parliament by Director of the National Anti-corruption Bureau of Ukraine (NABU) Artem Sytnyk, told about the grounds for his future sacking, and called on the President to dismiss the corrupt official, Ukrainian News wrote on Tuesday.

Oleg Bakhmatyuk's response to Sytnyk's March 4 address to the Verkhovna Rada was published on UkrLandFarming's website on March 10.

Bakhmatyuk described Sytnyk's address where he branded mass protests against him as NABU director a "paid act" as a clumsy attempt to justify his actions.

"Mr Sytnyk in his address to Verkhovna Rada deputies, in that ridiculous attempt of excuses, which should have been the report by the head of the law enforcement agency, named among the reasons for his early dismissal – without any evidence, without a court decision – the case with which he has been unreasonably pursuing our company for more than four years. However, Sytnyk forgot to say one thing: the case was illegally instituted, in collusion with him, by former Deputy Prosecutor General [Vitaliy] Kasko contrary to the norms of the law, which he himself must defend. I'm sure he will be held accountable for this, like Sytnyk, too," he said.

According to Bakhmatyuk, the situation is unique in its absurdity.

"We are willing to constructively resolve the issue of paying the debt to the state, we offer to pay off UAH 8 billion [US$321 million] via restructuring tools. In response, we are seeing resistance in this. We are offering money to the budget, but instead, they are trying to destroy and sell what's left of the company for a penny, as the Deposit Guarantee Fund has been doing for years. Hiding behind state interests, NABU, which is one of the largest recipients of budget funds among law enforcement agencies, is destroying one of the largest taxpayers under the guise of fabricated cases. Sytnyk and his henchmen are major saboteurs of state level. At the same time, the country is spending huge amounts of money on them," Bakhmatyuk said

He was outraged that Sytnyk called people protesting against the NABU director's arbitrariness outside the Verkhovna Rada "paid" activists.

"They are employees of our agricultural holding who take to the streets for the third time already. They are working people who, in difficult economic conditions, came out, demanding that they keep their jobs with the company, which over the past three years has paid UAH 7.7 billion [US$309 million] in taxes to the national budget," he said. "All these gentlemen, namely Sytnyk, [former Ukrainian Prosecutor General Ruslan] Riaboshapka, Kasko, are budget consumers who create nothing in return. They bring no benefit to the state. And such a saboteur publicly insults people who honestly do their job and openly assert their rights."

Bakhmatyuk directly appealed to Sytnyk with a demand to publicly apologize to 27,000 employees of the company and their families for public humiliation and insults in the latter's address delivered in the Verkhovna Rada.

"Repent and stop destroying the company over personal revenge, stop appointing guilty ones without trial. Now 40 NABU detectives have to deal with your revenge, that is one third of all of the Bureau's detectives! Do you blame me for your resignation? I will be proud to be relate to the resignation of someone who's been harming the state. Although only you will be to blame for your resignation: because of greed, corruption, and harm that you bring to Ukraine."

On behalf of himself and the company's employees, Bakhmatyuk also called on the President to dismiss Sytnyk, who was recognized by court as a corrupt official and as a person who is destroying a large-scale enterprise that's very important for the Ukrainian economy.

"Fire the corrupt official who is destroying such a large enterprise that's very important for Ukraine's economy. Dismiss Sytnyk, who makes it impossible for the state to reliably get UAH 8 billion. It will be the worst if you are convinced of the insolvency and harmfulness of such people for the country only after our company lies in 'ruins'. Those people have brought nothing good to Ukraine. But we want to bring UAH 8 billion to the state, continue paying the state multi-billion taxes, as well as save jobs and create new ones. We ask you to hear us, and we are always ready for a constructive dialogue in the state interests," he added.

Oleg Bakhmatyuk is a shareholder of one of the largest agricultural holdings in Ukraine, UkrLandFarming, and Avangard Group of Companies, which are the country's major agricultural producers and taxpayers. In the autumn of 2019, NABU opened the so-called Pysaruk-Bakhmatyuk case, which is related to receiving refinancing of the National Bank of Ukraine (NBU) by VAB Bank during the 2014 crisis in Ukraine. The official findings of the assessments of collateral, the conclusions of the Deposit Guarantee Fund of Ukraine, and statements by the NBU refute NABU's allegations against Bakhmatyuk. Sytnyk is accused of personal revenge on Bakhmatyuk over the corruption-related case, as the main witness in the trial of the NABU director was the adviser to Bakhmatyuk's sister.