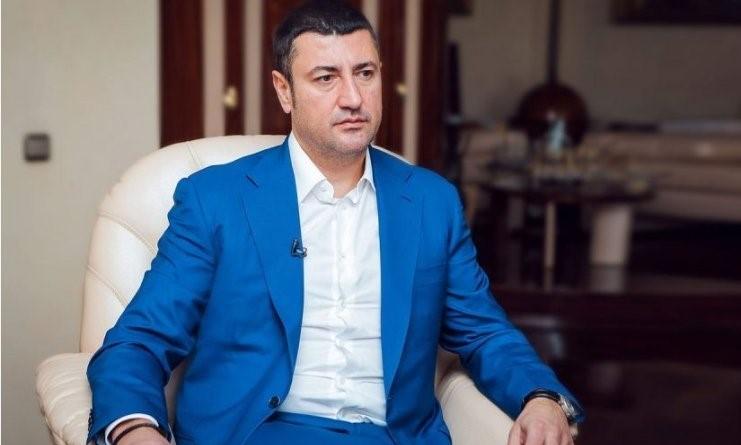 Svitlana Rekrut, Managing Director of the Individual Deposit Guarantee Fund, has said Oleg Bakhmatyuk's offer to pay off VAB Bank's debts to the state is most beneficial to the budget. Such a peaceful settlement of the issue is backed by international financial institutions and will be a priority for the Deposit Guarantee Fund this year, according to the Ukrainian News media outlet.

In an interview with the Novoe Vremya online publication, when asked about the situation with the peaceful settlement of issues and the proposals by Oleg Bakhmatyuk, Rekrut said that "a peaceful settlement is one of our priorities for this year. We have been walking the path of war for several years. It is long, expensive, and not always successful." Rekrut said there was the will of the Deposit Guarantee Fund to take on the practical implementation of this project.

"Bakhmatyuk was the first to formally express a desire to follow such a scenario. What is his motivation? He needs to run and develop his business, and move on, which is very difficult in circumstances where there is a number of criminal proceedings, and he and several members of his team have been notified of suspicion. We need him to return the money to the state and creditors. And the business itself is the source of the money brought back. Therefore, it seems to me that it is very important for Ukraine now to take advantage of this synergy and try to follow this path," she said.

According to Rekrut, the Fund has discussed and finds support from the International Monetary Fund (IMF) regarding the need to conduct this work since it is "a completely understandable and correct way to replenish the state budget." The settlement mechanism, which is stipulated in relevant Bill No. 2571, has been agreed with the International Monetary Fund and the World Bank.

As reported earlier, Oleg Bakhmatyuk is the only former shareholder of banks withdrawn from the market as a result of the banking crisis that began in 2014 who advocates the payment of UAH 8 billion (US$309.3 million) of debt to the state through restructuring mechanisms.