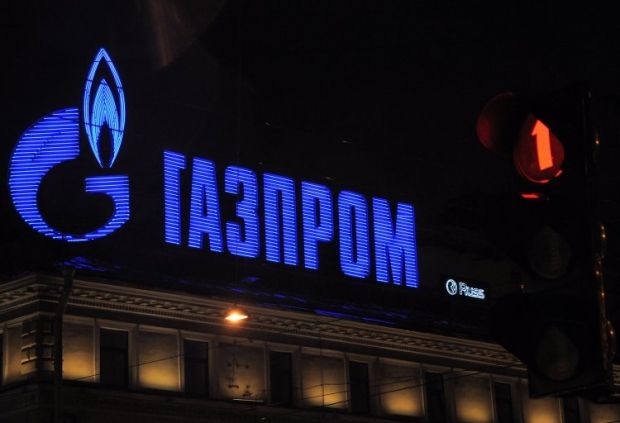 The IDR and Outlook are capped by that of Russia (BBB-/Negative), Fitch said in a statement.

Gazprom's ratings reflect the rating agency's expectations that it will remain a vital gas supplier to Europe over the medium term. European off-takers are still limited in their ability to diversify gas imports as Europe is coping with declining indigenous gas production. Gazprom's new projects, mainly the Eastern Gas Program to supply gas to China and, to a lesser extent, planned LNG expansion, should enhance its business profile in the long term but they could stretch leverage and free cash flow (FCF). Gazprom's access to international debt markets remains constrained due to geopolitical tensions over Ukraine, but its liquidity is strong. Fitch says it also believes the latest U.S. sanctions against the Yuzhno-Kirinskoye oil and gas field should not materially affect its operations.

Gazprom is Russia's largest state-owned energy company, engaged in natural gas production, transportation and distribution, as well as crude production and refining, heat and electricity generation. It is also the largest publicly listed oil and gas company in the world by hydrocarbon reserves and production. In 2014, Gazprom produced 445 billion cubic metres (bcm) of natural gas and generated RUB 2.096 trillion ($55 billion) EBITDA. Its end-2014 funds from operations (FFO) adjusted net leverage was 1.1x, one of the lowest levels of global oil and gas companies.

In 2014-1H15 Gazprom has faced lower gas sales and gas prices in Europe (including Turkey), its principal market by value. Its 1H15 gas sales volumes to Europe were down 8% year-on-year (yoy) to 76bcm, principally on lower sales in 1Q15. This was due to (i) the reduced off-take by European customers in anticipation of lower gas prices, as Gazprom still sells sizable gas volumes at oil-linked prices that track that of oil products with a six- to nine-month lag, and (ii) relatively mild winter. Gazprom's 1Q15 gas prices in Europe (per the latest available IFRS accounts) were down 24% yoy to $284 per thousand cubic metres (mcm). Fitch says it anticipates that during the rest of the year European gas prices will be even lower on low Brent, but sales volumes should increase compared to 1H15. In 2015-17, Fitch expects European gas sales volumes to remain broadly stable despite EU's efforts to diversify away from Russian gas and increase gas market competitiveness. Fitch forecasts higher European gas prices in line with its Brent price deck with a time lag.

In May 2014 Gazprom and China National Petroleum Corporation (CNPC, A+/Stable) signed a contract for gas deliveries via the 'eastern route'. It calls for gas deliveries of 38 bcm per year over 30 years, with first shipments expected in 2019, a take-or-pay clause and gas prices linked to oil products prices. The gas will be sourced from Gazprom's Chayanda and Kovykta fields in Eastern Siberia, currently under development, and delivered through the 4,000km Power of Siberia pipeline, currently under construction. At the time of the signing, the company estimated the project's total capex at $55 billion. This was before the rouble denomination, and the current project price tag in dollar terms is likely to be lower as a major part of it is rouble-denominated.

Gazprom and CNPC are also discussing a second gas deal with deliveries via the 'western route' (the Altai project). This would allow Gazprom to supply gas to China from its operating gasfields in Western Siberia and would, hence, require less total capex. In November 2014 the parties signed a framework agreement stipulating a potential delivery of 30bcm a year.

These deals, when completed, would allow Gazprom to diversify its exports way from the European gas market, a positive development for its credit quality in the long term. On the other hand, high capex associated with the 'eastern' route may result in a moderate deterioration of debt metrics and liquidity, exacerbated by the presently limited access to international capital markets.

Gazprom's plans to expand its LNG business beyond the 2-train, 9.6m tons per annum (mtpa) capacity Sakhalin 2 venture are threatened by the negative sentiment in the Asian LNG market and international sanctions. The latest blow came in August 2015 when the U.S. extended their sanctions to Gazprom's large Yuzhno-Kirinskoye oil and gas field located in the Sea of Okhotsk in the Far East of Russia, which was supposed to become the resource base for the third Sakhalin 2 LNG train. Prior to that, in July 2015, Gazprom signed a memorandum with Royal Dutch Shell plc (Shell, AA/Rating Watch Negative) that included assets swaps and is still said to be working on the Sakhalin 2 extension. Earlier this year, Gazprom announced that it effectively shelved its plans to construct the 10mpta Vladivostok LNG announced in 2014.

Gazprom has announced two pipeline projects that would allow it to reduce gas transit via Ukraine. The first is the 63bcm capacity Turkish Stream (via the Black Sea and Turkey to Southern Europe) announced in December 2014, in place of the now defunct South Stream. The discussions with Turkey on Turkish Stream and the EU are still ongoing. The second is the 55bcm capacity Lines 3 and 4 of Nord Stream (Nord Stream II), doubling the total Nord Stream capacity to 110bcm. In June-July 2015, Gazprom signed a memorandum of intent with E.ON SE (A-/Rating Watch Negative), Shell OMV AG (A-/Stable) and held discussions with BASF SE (A+/Stable) on Nord Stream II.

Fitch says it believes that the both projects could be delayed due to the political crisis over Ukraine and the EU's attempts to diversify away from the Russian gas. At the same time, simultaneous construction of these two pipelines, if approved, could put pressure on Gazprom's credit metrics, albeit not enough to trigger negative rating action.

Gazprom's ongoing disputes with NJSC Naftogaz of Ukraine (CC) are exacerbated by Russia's political tensions with Ukraine. The 10-year gas supply contract signed in 2009 has effectively been abandoned (though Gazprom considers it to be legally binding) as Ukraine is disputing it in the Arbitration Institute of the Stockholm Chamber of Commerce. In addition, Naftogaz claims the 10-year gas transit contract signed in 2009 is unfair. In turn, Gazprom believes that Ukraine does not honour its 'take-or-pay' obligations under the gas delivery contract and has also filed litigation. While there is no certainty as to the outcome of the litigation, Fitch views a scenario under which Gazprom will be required to pay large compensation to Naftogaz as unlikely. Fitch believes that although Gazprom's sales to Ukraine may continue to fall, they will be partially offset by higher sales to Europe as it remains Ukraine's only alternative gas source.

Using Fitch's latest Brent prices deck of $55-$75 per barrel (bbl) in 2015-17, Fitch forecasts that Gazprom's leverage should stay within the rating agency's guidance over the medium term. Fitch expects the company's FFO adjusted net leverage to moderately increase due to lower dollar-denominated revenues and ambitious capex programme and to fluctuate within the 1x-1.5x range. Gazprom's FCF may also become negative, although the company has some flexibility to reduce capex without a significant impact on gas production should additional finance not be available.

The EU sent Gazprom a statement of objections in April 2015, alleging market abuses across central and eastern Europe. While the case's ultimate outcome for Gazprom may take years to become known, Fitch expects Gazprom and EU to reach a pragmatic agreement as Gazprom remains very important to Europe's energy supply. In Fitch's rating case, Fitch has not included any monetary penalties. Should these penalties be material, Fitch will treat them as event risk.

Gazprom's unconstrained rating corresponds to the mid 'A' rating category. This takes into account (i) the company's strong business profile as it remains the major natural gas supplier to Europe; (ii) its relatively low leverage; (iii) high profitability of operations even under lower oil prices; and (iv) access to domestic funding and sound liquidity. At the same time, Gazprom's unconstrained rating includes the two-notch discount for higher corporate governance and systemic risks typical for Russian companies. Gazprom's IDR is also constrained by Russia's current 'BBB-/Negative' rating to reflect the high level of influence that the state exerts over the company.

The moderate deterioration of Gazprom's financial metrics expected in 2015-17 stemming from lower oil prices, and lower sales to Europe in 1H15 do not put much pressure on Gazprom's unconstrained credit profile in line with the 'through-the-cycle' rating approach normally practiced by Fitch.

Fitch's key assumptions within the agency's rating case for the issuer include:

Negative: Future developments that may, individually or collectively, lead to negative rating action include:

- Material deterioration of credit metrics, e.g., FFO net adjusted leverage above 2.5x and FFO interest cover of below 8x on a sustained basis due to a prolonged decline in oil and gas prices, an aggressive capex programme or sizable acquisitions. Fitch's base case forecast indicates that FFO net adjusted leverage will be broadly within 1x-1.5x and FFO interest cover of above 10x in 2015-2019.

- Prolonged interruptions in gas transit via Ukraine to Europe.

Positive: Future developments that may, individually or collectively, lead to positive rating action include:

- An upgrade is unlikely at present, given the sovereign's rating and Outlook. The Outlook on Russia and hence on Gazprom could be revised to Stable should tensions with the international community reduce, resulting in a lower risk of wide-ranging sanctions being imposed and improved access to international funding.

At 31 March 2015 (latest available IFRS accounts) Gazprom had RUB 1,228 billion in cash and short-term investments, more than sufficient to cover RUB 509 billion of short-term debt on that date. Gazprom and its subsidiaries continue to have unhindered access to domestic banks, while eurobond issuance have largely stalled. In 2014-1Q15 it placed RUB 15 billion domestic bonds and $700 million loan participation notes, and raised more than RUB 125 billion from Russian banks, mainly state-controlled.

While Gazprom is currently exempt from financial sanctions and can technically borrow in the West, its oil subsidiary JSC Gazprom Neft (BBB-/Negative) is subject to U.S. and EU financial and sectoral sanctions. Fitch views broader sanctions against Gazprom (e.g. those targeting with the current supply of oil and gas from Russia) as unlikely given Europe's high dependence on Russian gas.

The rating actions are as follows: