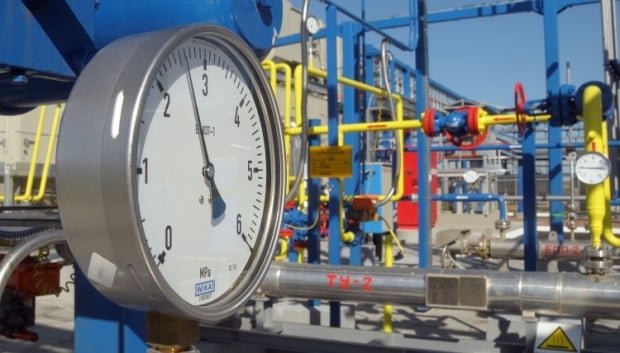 "On this day last year, we had 1 billion more ... We're in talks with our Western partners to get short-term funding to pump gas," Yatsenyuk said at a government meeting, according to Daily Mail citing Reuters.

Ukraine has 14.1 billion cubic metres (bcm) of gas in underground storage, according to Yatsenyuk, while aiming at storing 18-19 bcm before the winter heating season begins in mid-October, he said.

As UNIAN reported earlier, Ukraine suspended its gas imports from Russia on July 1, leaving it dependent on domestic output and imports from Europe.

The European Bank for Reconstruction and Development (EBRD) said it was considering a $300 million trade finance loan to state-run Naftogaz to help it buy gas.

The government has ordered Naftogaz to borrow $1 billion to create a fund to finance the purchase, transport and storage of gas.

Talks have been held not only with the EBRD, but also with the World Bank and International Monetary Fund.

Ukrainian President Petro Poroshenko will travel to Brussels on Thursday to meet European Commission President Jean-Claude Juncker to discuss gas, among other topics.

Last week the Commission said it might be able to hold another round of ministerial talks with Russia and Ukraine on gas at the end of September.