Russia's financial system to collapse at $22.5 for oil

Oil at $30 will begin to erode Putin’s popularity, while Russia’s financial system will collapse if oil prices decline to $22.50, analysts forecast, according to Bloomberg. 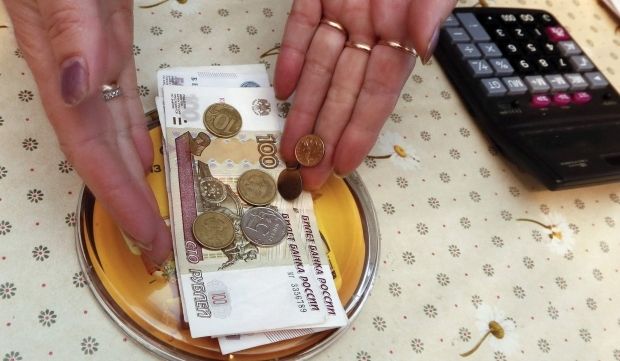 "The Russian population’s tolerance for economic misery is higher than in any other even semi-developed economy," Wolf-Fabian Hungerland, a Hamburg-based economist at Berenberg Bank, said by e-mail, Bloomberg has reported.

"If one thing is certain about the Russian economy, it’s that Putin’s popularity isn’t carried by economic progress. When the economy nosedives, Russians adjust rather than panicking or turning against the Kremlin."

The Bank of Russia is becoming more comfortable with a weaker ruble as sinking oil prices take their toll on the world’s largest energy exporter, economists said in a Bloomberg survey.

The central bank will allow the ruble to weaken to 80 per dollar before selling foreign currency, according to the median estimate of 26 analysts. It will tap reserves to rescue the currency if oil slips to $40 a barrel and stays there through year-end, 19 of 30 economists in the August 24-26 survey said.

"The central bank doesn’t mind the ruble weakening as the budget painfully needs it to adjust to the low oil price," Vladimir Miklashevsky, a strategist at Danske Bank, said by e-mail.

"It seems the Bank of Russia has become more cautious with use of interventions or policy tightening as those measures haven’t historically brought any relief," he said.

Policy makers will probably only use reserves on a limited and targeted basis, according to Andreas Schwabe, an economist at Raiffeisen Bank International AG in Vienna.

"It would be futile to burn tens of billions of dollars in the face of a low oil price," he said by e-mail.

"But there have to be measures in place to avoid market panics like last December," Schwabe said.