The next batch of Oplot tanks, the latest development of the Ukrainian armored industry, will be shipped to Thailand by December 31, 2015, First Deputy General Director of state-owned Ukroboronprom Concern Serhiy Pinkas told UNIAN. 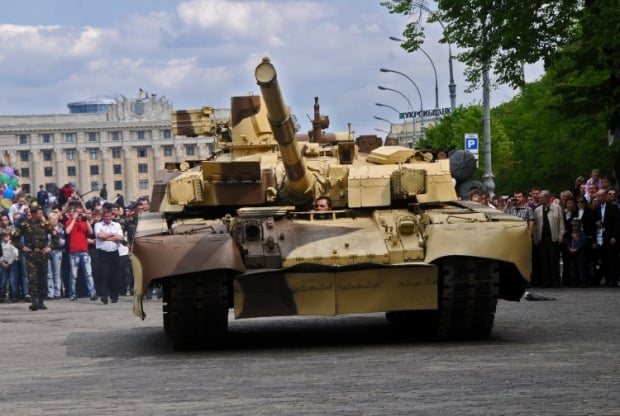 "We have met the latest deadline for the delivery of five tanks under the contact with Thailand. The next deadline is set for December 31," Pinkas said in an exclusive interview with UNIAN.

Pinkas also pointed to some difficulties that the company had been facing while manufacturing these tanks.

"I can't say that the production of Oplot tanks is smooth and easy. It's far from being easy. I can only say that a personnel reshuffle at the Malyshev tank plant is a signal that not everything has been good there. Now we have bought metal for [manufacturing] a very large batch of tanks. The situation with the supply of components has improved. In short, the pace may not be the one we would like to achieve, but let us wait until the end of the year, and we'll make an official announcement then," Pinkas said.

As UNIAN reported earlier, in early 2015 Ukroboronprom's management announced plans to produce 40 Oplot tanks in 2015, and reach the production target of 100-120 tanks per year in 2016 and on.

In June 2015, the company's management dismissed the director of the Malyshev plant for the failure to fulfill the Oplot production plans. For this end, Ukroboronprom said private enterprises were engaged in the production of the tanks as the concern's own production capacities are insufficient.

In 2011 Ukraine signed a contract with Thailand for the shipment of 49 Oplot tanks worth about $250 million. The first batch of five tanks was delivered in late 2013. Another five tanks were shipped to Thailand in June 2015.

Ukroboronprom's management repeatedly noted that it was more economically feasible to export Oplot tanks rather than use them in the Anti-Terrorist Operation in eastern Ukraine, while channeling proceeds from the export to upgrade mothballed military hardware.

UNIAN's memo. Ukroboronprom was established in 2010 to ensure effective operations and management of state-owned business entities that develop, manufacture, sell, repair, modernize and scrap weapons, military and special equipment and ammunition, and participate in the military-technical cooperation.