On Wednesday afternoon, the Court of Justice of the European Union (CJEU) began consideration of the complaint of the former First Deputy Prime Minister of Ukraine Serhiy Arbuzov against the EU against the sanctions imposed upon him, according to an UNIAN correspondent in Brussels reporting from Luxemburg. 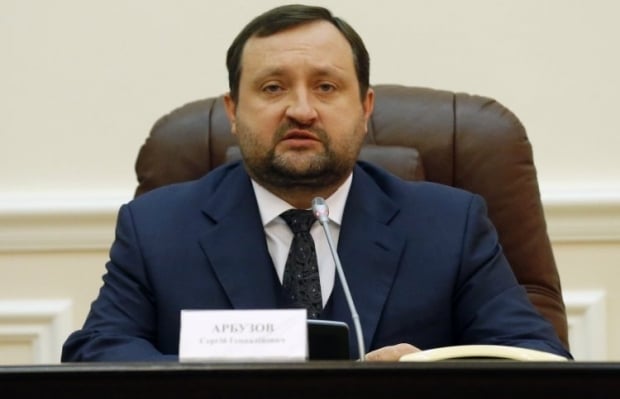 All recording and data transmission devices were strictly forbidden in the court room. Except for the court staff, interpreters, and participants into the case, there were a total of nine people in the hall.

Three judges were hearing the case, while the open part of the hearing was conducted in Czech and French languages. Arbuzov's representatives spoke for the first 15 minutes, and then there was a 15-minute speech by the EU representative. Both were speaking Czech.

In particular, the representative of Arbuzov said that the information provided by the Ukrainian government does not correspond to reality. Also, she stressed that the EU had not verified the information provided by the Ukrainian side. Machytkova further claimed that was the reason why the sanctions were adopted in breach of the European legislation.

In addition, Westerhof Lofflerova said that Arbuzov is wanted by Interpol, therefore he could be arrested.

A Q&A session followed, which lasted for nearly an hour. After that, the chairman announced that further consideration of the case will be held behind closed doors. The closed hearing lasted for half an hour.

After the hearing, Arbuzov's lawyer declined to comment on the case, citing legal confidentiality. She also declined to predict the possible outcome and said she was not aware of the terms of consideration of the case.

On Thursday, hearing of cases of ex-deputies Serhiy Klyuyev and former Energy Minister Eduard Stavisky will be held in the same hall.