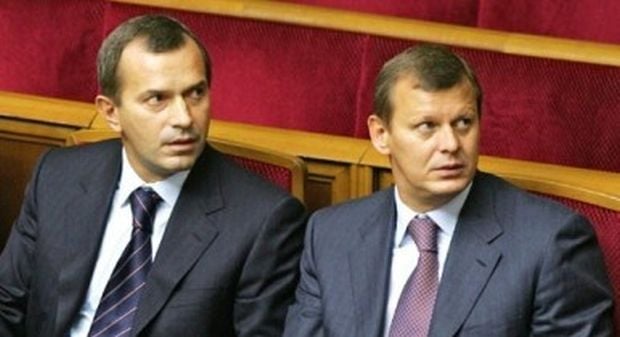 He mentions the fact that Ukraine had introduced Europe's highest feed-in tariffs on solar power, fixed in the interests of Andriy Klyuyev's Activ Solar company that was engaged in the construction of solar power plants.

"During Viktor Yanukovych's presidency, their companies were granted land plots for the construction, and equipment imported for those plants was exempt from customs duty and VAT, and what not," the journalist wrote on Facebook.

Shcherbyna added that many facilities of the solar power stations owned by the Klyuyevs remained in the Russian-annexed Crimea, however, according to media reports, even the stations left on mainland Ukraine had received about UAH 3 billion from state-run Energorynok by the end of 2014.

"Back in 2014, the Cabinet adopted a resolution that proposed the National Energy and Utilities Regulatory Commission of Ukraine (NEURC) lower the feed-in tariffs, which actually was done. And later, in July 2015, a decision to reduce the tariffs for solar power plants was also made by the Verkhovna Rada," the journalist added.

However, according to Energy Ministry sources, [Andriy] Klyuyev's companies are actively suing the NEURC and the Ukrainian government for recovering funds from the state, considering the decision to reduce the feed-in tariffs "illegitimate," according to the journalist.

"At the same time, the Klyuyevs are believed to get help from other forces too. Already in 2014, the government resolution to reduce the feed-in tariffs was declared illegitimate by the Justice Ministry, while the Ukrainian parliament redrafted a bill on tariff cuts in a very favorable way by setting the deadline for the expiration of the lower rates for 2017 instead of 2030," the journalist noted.

"In this regard, it is interesting that active criticism regarding the plans to reduce the feed-in tariff was expressed by Arzinger law firm, recently slammed by People's Front party member Tatiana Chornovol for relations with [Ukrainian notorious businessman Serhiy] Kurchenko and [Russia's] Rosneft," he wrote.

Chornovol reported that the representatives of this law firm, namely Vitaliy Kasko, Anton Yanchuk, and Serhiy Shkliar, while serving in favor of Rosneft, are holding high positions in the Ukrainian Prosecutor General's Office and the Justice Ministry.

"Way back in 2011, a posting was made on Arzinger's website informing that it consulted a company that owned a solar park in Ukraine. Those references could indicate that the mentioned client was [Andriy] Klyuyev's company," the journalist noted.

"Moreover, in 2009, Arzinger founded the European-Ukrainian Energy Agency in partnership with a Swiss company, SGE Group AG, which has been liquidated as of now. The Agency was also an active lobbyist for solar energy," he added.

Serhiy Klyuyev, born in Donetsk in 1969, a Regions Party member, was a parliamentarian, member of the parliament's committee for finance and banking. On January 16, 2014, he was among those who voted for anti-Constitutional laws.

Early in March 2014, both brothers were put on the financial sanctions list of the European Union and Canada.