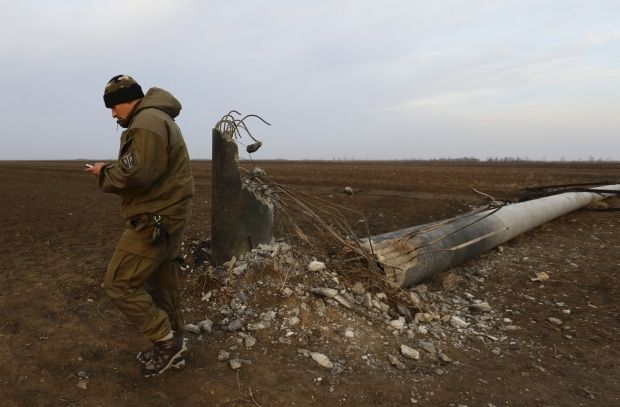 It is planned that the meeting will take place in the village of Chonhar, Kherson region, near the site of damage of 330 kV Melitopol-Dzhankoy power transmission line, according to the report.

Read alsoCivil Blockade of Crimea names conditions for unblocking power line repairsEarlier, activists, calling themselves Civil Blockade of Crimea, stated they were waiting for a signal from the occupying authorities in Crimea that they were ready to release captive pilot Nadia Savchenko and deputy head of the Crimean Tatar Mejlis Akhtem Chiygoz, which is one of the conditions for unblocking repairs to damaged power lines.

Read alsoRussian FSB summons Dzhemilev's wife for questioningAs UNIAN reported earlier, the two out of the four transmission pylons on the administrative border between mainland Ukraine and Russian-occupied Crimea, which were damaged by blasts in the early hours of November 20, were destroyed completely in a new explosion on November 21.

The repair teams of NEC Ukrenergo, who have been involved in repairing the power lines supplying the electricity to Crimea, had to stop at the activists' requests.