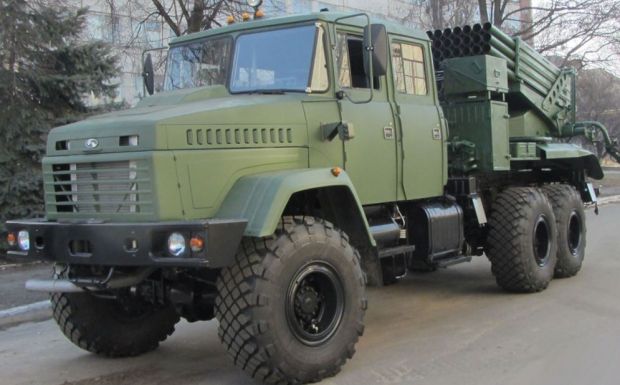 The designers say the new weapon is a new generation of widely known MLRS Grad.

It is reported that the system rests on a KrAZ chassis and is equipped with five cabin seats.

"Control of fire, targeting and even recharging is automatized and is performed from from the cabin, without direct intervention of crew in the system’s operation," the statement notes.

Read alsoUkrainian army gets over 1,700 pieces of military equipment, weapons in 2015 Verba weighs almost 20 tonnes and reaches the speed of up to 85 km/h.

"The time has come when we have to stop using the [equipment from the] Soviet past and start looking into the future. Verba is the kind of weapon that should be going to the Ukrainian on an industrial scale," said Ukroboronprom chief Roman Romanov.

Read alsoUkroboronprom to start producing body for BTR-4 APCsAs UNIAN reported earlier, Ukroboronprom is to send another batch of Oplot MBTs to Thailand in December, under the exports contract.