Bank of America: Russia's currency may drop to RUB 168 per dollar 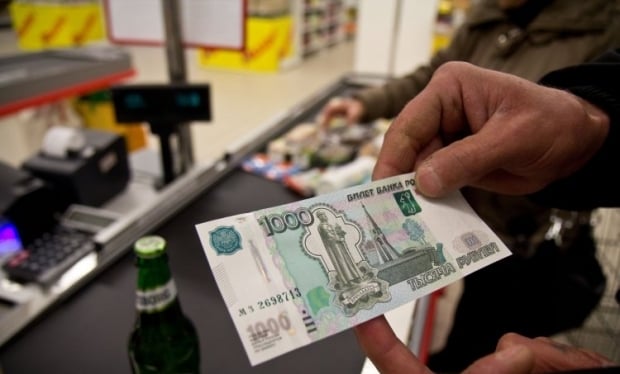 Experts of the U.S.-based Bank of America Merrill Lynch (BofA) allow the collapse of the Russian currency to RUB 168 to the dollar, according to RBC news agency.

Thus, in case the Bank of Russia’s risk scenario is put forward, with world oil prices falling to $35 per barrel, in order to comply with the budget deficit set at 3% of GDP, the dollar should trade for RUB 94.

Read alsoOil tumbles toward 11-year lows on worsening glutMoreover, in case oil prices fall to $30 per barrel, the rate should be at RUB 168 to the dollar, according to BofA, for Russia to reach non-deficit budget level. For the deficit to be at 3% of GDP, the dollar should rest in the range of RUB 105-120.

However, this is the bank’s most radical forecast. BofA's chief economist for Russia and CIS countries, Vladimir Osakovsky says that basic $ 50 per barrel with an average dollar exchange rate of 65 rubles.

As UNIAN reported earlier, the Brent crude oil fell to a low of 2008, which is below $37 per barrel.