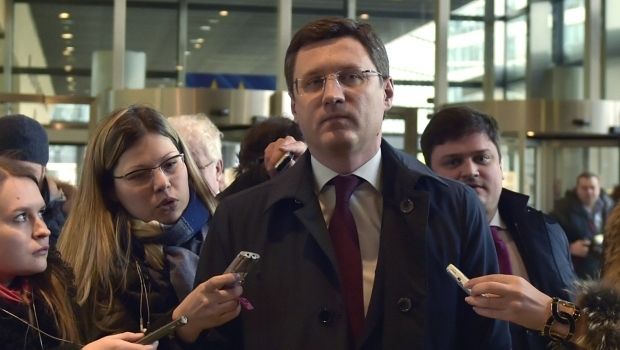 Novak recalled that the first and second lines of the energy bridge through the Kerch Strait, with a 400 MW capacity, were switched on in December.

"The project to ensure the energy independence of Crimea is a priority today. I hope that electricity exports from mainland Ukraine to Crimea will stop in 2016," Novak said in an interview with Russian newspaper Kommersant.

He also stressed that the delivery from the EES [Russia's power operator] was about a third cheaper than the contract price of Ukrainian electricity.

Read alsoGermany’s Siemens produces turbines for annexed Crimea bypassing sanctions: media"In general, the consumption in Crimea is about 6.4 billion kWh/year, of which 4.9 billion kW/h was bought from Ukraine. Now, almost half of the power will be supplied from the Russian energy system, in addition to Crimea's own generation. In May, when the energy bridge will add another 400 MW and the total amount will be about 800 MW, we will be able to completely stop the supplies from Ukraine," Novak said.

At the same time, he said that this would not solve the need for subsidizing electricity tariffs for consumers of Crimea, as the final rates were still considerably lower than the cost of reasonable expenses for the purchase and delivery of electricity. Therefore, the elimination of tariff subsidies will be carried out in stages, the minister said.