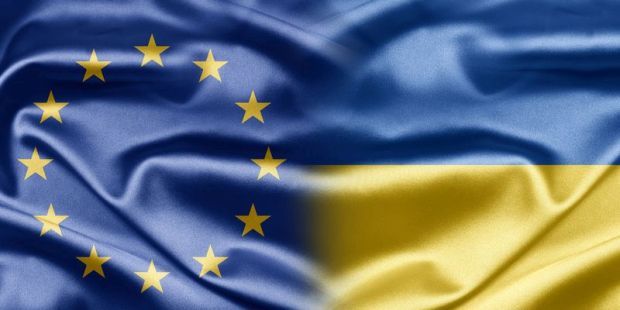 In the document, the EU specifies prevalent myths about the Deep and Comprehensive Free Trade Area (DCFTA) between the EU and Ukraine.

Following Russia's requests, the EU postponed the entry into force of the DCFTA with Ukraine for one year. In the past year and a half, the European Commission held 13 tripartite meetings with representatives from Kyiv and Moscow, however, it could not overcome disputes with Russia.

Below are the most popular myths.

The first myth: The signature of the Agreement could lead to immediate economic difficulties.

In reality: Ukraine will actually benefit from new trading opportunities and easier access to the largest market in the world. Of course, if Russia decided to retaliate as it did during the summer of 2013, there would be negative short-term consequences for Ukraine's exports, but this would be a policy choice made in Moscow and cannot be attributed to the Agreement.

Read alsoRussia claims billion in losses due to EU-Ukraine associationThe second myth: Ukrainian companies will not be able to cope with the introduction of EU standards and regulations and will lose out to EU companies.

In reality: Although the Agreement will require producers based in Ukraine to adopt EU standards, replacing current Ukrainian standards, such changes will be phased in over time, and should be manageable. Although this will be a major shift in practices for many companies, the long term results will be positive as Ukrainian companies will be rewarded with easier access to the EU market and become more competitive globally.

The third myth: If the Agreement is signed, Ukraine's traditional exports to Russia, as well as cooperation with Russia companies, will be disrupted because of the adoption of European standards.

Read alsoPoroshenko: Visa-free regime with EU to allow unhindered travel to another 57 countriesThe fourth myth: No benefits for Ukrainian citizens can be anticipated from the Agreement.

In reality: Independent studies suggest that the simple implementation of the agreement would bring benefits of +6% of additional GDP over the medium run and +12% in terms of increased welfare for the Ukrainian people.

The fifth myth: Signing the Agreement would lead to a flood of EU goods entering Ukraine. Ukrainian producers would not be able to compete and would go out of business.

Read alsoAgriculture Ministry: Ukraine potential highly appreciated by foreign expertsIn reality: The Ukrainian negotiators of the Agreement made sure that this would not happen by building in protection for the more sensitive sectors. The Agreement is "asymmetrical" in favor of Ukraine: while Ukrainian exporters will have almost immediate access to the European markets, Ukraine will open its border much more progressively.

Read alsoEC to provide Ukraine with EUR 100 mln for decentralizationOne of the myths also says that the EU has not provided very much funding and assistance to Ukraine in the past and is not prepared to provide much in the future. At this, the EU underlined that since Ukraine's independence the EU has committed over EUR 3.3 billion in non-reimbursable funds (technical assistance, supplies, works, and grants) for Ukraine. In addition the EU has made over EUR 3 billion of loans available (macroeconomic support and project lending from the EIB). Further funds are available, as noted in the report.