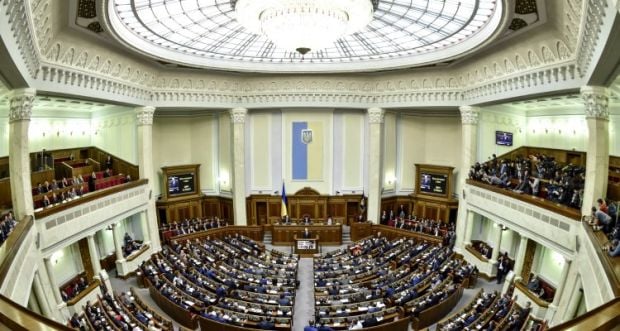 Respective bill No. 3688 on amendments to the Tax Code was supported by 251 lawmakers with the minimum required number of votes being 226 / Photo from UNIAN

Respective bill No. 3688 on amendments to the Tax Code was supported by 251 lawmakers with the minimum required number of votes being 226.

The bill was presented by Member of Parliament, head of the parliamentary committee on taxation and customs policy Nina Yuzhanina. In her words, the adopted document is a compromise solution, featuring amendments introduced both by the government and her committee. In particular, the point at issue are excise taxes, the taxation of agricultural producers and the administration of value-added tax (VAT).

Yuzhanina says that the bill changes approaches to the taxation of farmers in part of VAT payments. The payment of this tax will be split in the following way: producers of grain and industrial crops shall transfer 15% of the tax to special accounts (for further use when they need) and 85% shall be funneled to the national budget. Cattle, meat and dairy producers shall send 80% to the special accounts and 20% to the budget. The model for other producers will be 50% by 50%. The previously suggested model was the same for all agrarian producers: 75% was proposed to be paid to the budget and 25% to the special accounts.

Yuzhanina also highlighted changes in excise taxes on tobacco, alcohol and fuel. In particular, the bill proposes a 100% increase in excise tax on beer and wine except for natural grape wine. Excise tax on ethyl alcohol and alcoholic beverages is planned to grow by 50% and low-alcohol beverages by 300%. The lawmakers also decided to let the Cabinet of Ministers fix minimum prices of tobacco products.

What is more, Yuzhanina informed that the bill suggested that two simultaneous registers of taxpayers shall be kept as of February 1, 2016, they will be similar in administration, but one of the two will contain information about the enterprises that will be refunded VAT automatically. "What is more, the tax authorities won't have a mechanism to cancel automatic VAT reimbursement," she added.

She also said that the bill virtually kept the simplified taxation system unchanged, except for the ceiling level of revenue for the third group of taxpayers. Their revenue limit was lowered to UAH 5 million (about $217,770 at the current forex rate) from UAH 20 million (about $871,000).