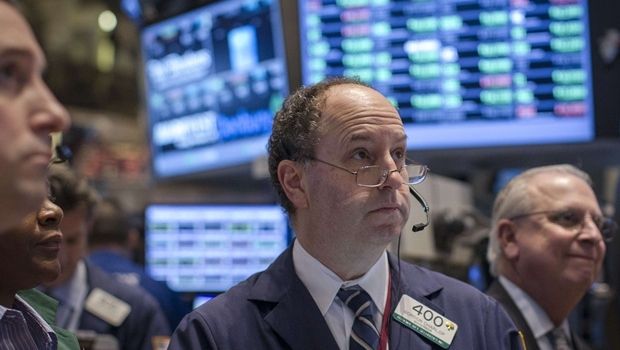 The S&P 500 SPX, -1.53% off 1.5% on the session, registered its worst decline for the first trading session of the year since 2001, FactSet data showed, according to MarketWatch.

Read alsoChina halts shares trade after 7% plungeThere might be a bright side to Monday’s wild moves: According to Dow Jones data, in the years the Dow has fallen at least 1% to begin the new year, stocks have ended the year with an annual gain of 9.5%. Dow Jones statisticians, however, point out that the last three times the market has slumped at the start of the year—including 2000, 2001, and 2008—stocks saw a negative return of 15.7%.

Meanwhile, Dow sees worst start to a year since 2008

This isn’t exactly how Wall Street was hoping to kick off 2016: The Dow Jones Industrial Average plummeted more than 450 points at one point Monday on reignited fears about China’s economy.

The blue-chips gauge DJIA, -1.58% ultimately ended the session off nearly 280 points, or 1.6%, lower, after paring the worst of Monday’s stock in a harrowing day of trading. But the Dow still managed to post its worst start to a year since 2008, when stocks fell 1.7%, according to FactSet data.