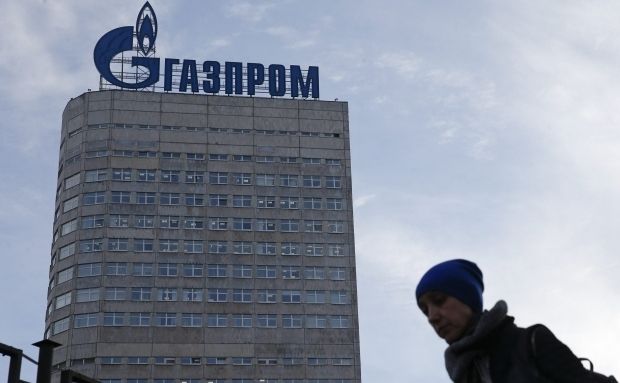 "A decision has been made now regarding the abuse of monopoly position by Gazprom, as a monopoly buyer, in the market of natural gas transit through main pipelines in the territory of Ukraine. The fine is UAH 85 billion," Terentyev wrote.

As UNIAN reported earlier, in late April of 2015, Ukrainian Prime Minister Arseniy Yatsenyuk asked the ACU to launch a probe into Gazprom's activities in the Ukrainian market that were said to undermine the Ukrainian economy, as the company "was operating under discriminatory and in fact non-competitive conditions."

Read alsoEuropean Parliament calls EU states to avoid building new gas pipeline from RussiaAccording to data provided by the Justice Ministry, Energy Ministry, the ACU and also Naftogaz, Ukraine has lost opportunity to trade gas on its western border due to actions of Gazprom. Neither is Ukraine able to make full use of the Slovakian route for gas imports, as Russian gas monopoly has taken control of all gas transportation facilities. Also, having blocked virtual reverse flows from Slovakia, Gazprom has deprived European suppliers of a potentially significant share in the Ukrainian market.

At the same time, Ukraine appealed to EU partners to jointly conduct an antitrust investigation and to establish "the fact of monopolism by the Russian Gazprom company not only in the European Union, but also in Ukraine."

In mid-May, the Antimonopoly Committee of Ukraine began its antitrust investigation against Gazprom.

On December 24, 2015, the ACU declared Russian gas company Gazprom a monopolist in the Ukrainian gas transit services market and stated it was expecting to meet Gazprom representatives to examine the allegation that the company abused its monopoly in the market.

At this, Ukraine unilaterally raised January 19, 2016, gas transit tariffs for Russian energy giant Gazprom by 50%. New transit tariffs stand at about $4.5 per 100 kilometers, in accordance with new calculations.

Ukrainian Energy Minister Volodymyr Demchyshyn said that since the beginning of 2016 Ukraine has switched to input/output method of tariff calculation, according to which Gazprom would have to pay a separate tariff at each point of entry to the Ukrainian gas transportation system and each outlet from it.

Read alsoTASS: Naftogaz refuses to pay Gazprom $2.59 bln for unused gasAs reported earlier, Naftogaz and Gazprom has been involved in gas disputes over a contract dated 2009 regarding the transit of Russian gas.