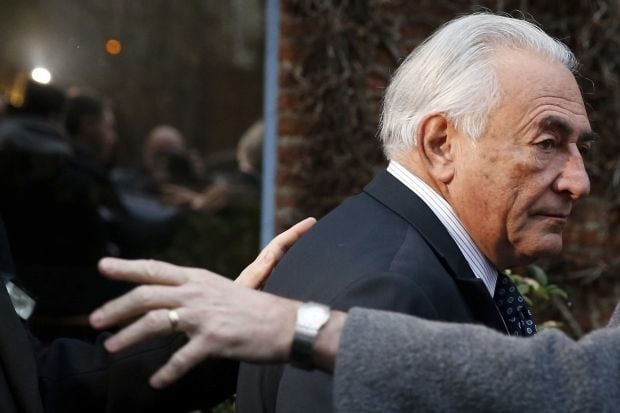 The French newspaper reported that the complaint of the Urbach family, that had invested about EUR 1.14 million in LSK and lost the money after the firm's bankruptcy, was drafted in November, but was complemented with new details in February.

In their lawsuit, the Urbach family accused the management of LSK, including Strauss-Kahn, of fraudulent maneuvers, breach of trust and spreading false information about the company.

Read alsoCoal from occupied Donbas traded under guise of RSA supplies – journalist investigationAs noted in the lawsuit, the LSK management hid the true state of the company's affairs and urged the retirees to invest all their savings in a "business bank," though the company had never had a banking license. LSK was declared bankrupt a few months after the Urbach family invested their money, according to the report.

Strauss-Kahn's lawyer Jean Veil said he was not aware of the Urbach's complaint, and declined to comment.

A preliminary investigation into the case regarding LSK was launched by Paris prosecutor's office in late July 2015 on charges of fraud and misuse of clients' money. The LSK clients seek to recover the funds lost and hope for the full-fledged investigation to be launched.

Read alsoDominique Strauss-Kahn acquitted of 'aggravated pimping'Strauss-Kahn headed the IMF for four years from 2007 until he left the post in 2011 amid allegations of sexual assault on a hotel maid in New York City, which had not been later lifted. He is now named as a member of Ukrainian Credit-Dnepr Bank's supervisory board owned by Ukrainian businessman Victor Pinchuk.