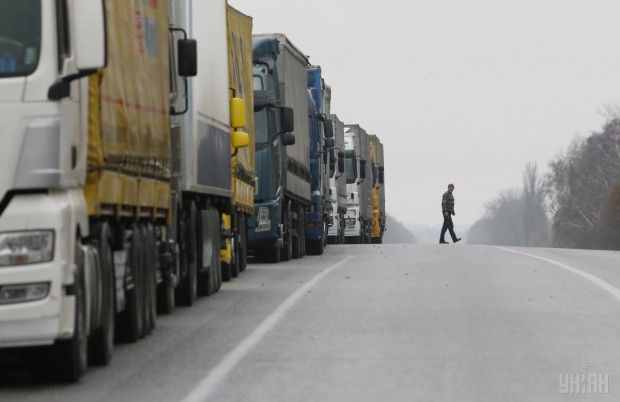 "Due to the continuing blocking of movement of Russian freight vehicles in Ukraine’s territory, starting from 12.00 MSK February 16, 2016 Russia has completely stopped the movement of Ukrainian trucks that carry out transit cargo transportation," the posting on the ministry’s website reads.

In accordance with presidential decree No. 1 dated January 1, 2016, the delivery of goods to the Republic of Kazakhstan will be continued, however, by other countries’ carriers, according to the report.

"These retaliatory measures will remain in place until the situation related to the blocking of Russian trucks by the Ukrainian side is settled," the Transport Ministry emphasized.

As UNIAN reported earlier, early Friday, February 12, the activists launched an indefinite rally, to prevent the exit from Ukraine toward foreign borders of trucks with Russian registration numbers. The campaign has spread to a number of areas.