Significant limitations on power supplies in the Russian-occupied Crimea have been reported, and even an emergency shutdown of the so-called "energy bridge" line is not ruled out, according to Radio Free Europe / Radio Liberty's Crimean news portal Krym.Realii. 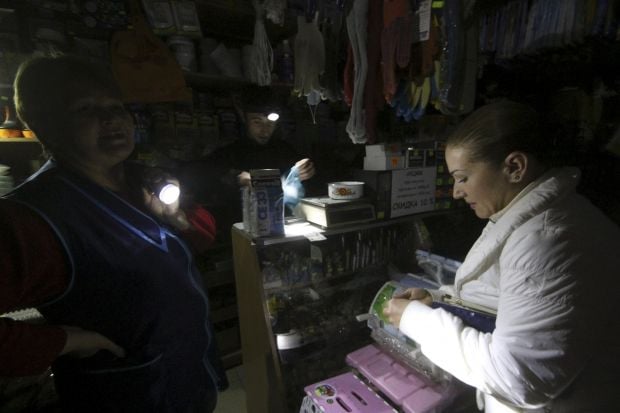 "The operational limit in Crimea and Sevastopol will be lowered in the period from 00:00 on April 11, 2016, to 23:59 on April 17, 2016, in connection with planned repairs to 220 kV aerial cable lines of the 'energy bridge' at the Krym and Kuban interconnectors," local power company Krymenergo told Krym.Realii.

It is noted that the overflow limit will be set at 285.0 MW, while the operational limit is set at 687 MW.

During this period, the Crimean energy system will be connected with Russia's power grids through one high-voltage electricity transmission line.

Power supplies from Ukraine's mainland to Crimea were halted in December 2015. Currently, Crimea consumes electricity of own generation, uses generator sets supplied from Russia and is fed through the 'energy bridge' from Kuban. The facility is reported to be suffering from frequent shutdowns due to high loads.