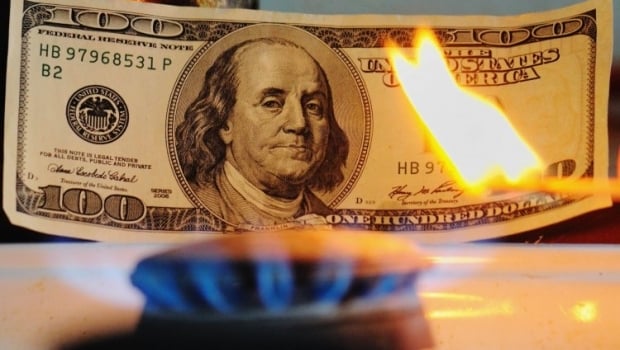 "Naftogaz's ratings reflect its strong links with the state of Ukraine (CCC), its sole shareholder, its weak though gradually improving financial profile and its exposure to political and legal risks," says the report.

"The state continued to support the company in 2015, via equity injections to cover the disparity between imported gas prices and domestic regulated gas prices for households and heating utilities. However, the company's negative operating deficit significantly improved in 2015, and should improve further on the gradual liberalization of the natural gas market. We expect the state will continue to support the company, e.g. by assisting in re-financing its debt portfolio. A significant part of Naftogaz's debt portfolio is represented by domestic banks and is guaranteed by the state," according to Fitch.

Read alsoGazprom raises its claims against Naftogaz to almost $32 bln"Falling natural gas prices in Europe and the diversification of supplies have led to lower import prices for Naftogaz, which has helped reduce its operating deficit. In 4Q15, Naftogaz's average imported gas price fell to $228/thousand cubic meters (mcm), compared with $360/mcm in 4Q14 (-37% year-on-year). We expect that Naftogaz's average import price will not exceed $200/mcm in 2016; however, prices are likely to increase further as we expect oil prices to eventually rise from the current low level. European natural gas prices are largely driven by the dynamics of oil prices, though the share of traditional oil-linked contracts has reduced in recent years," the report reads.