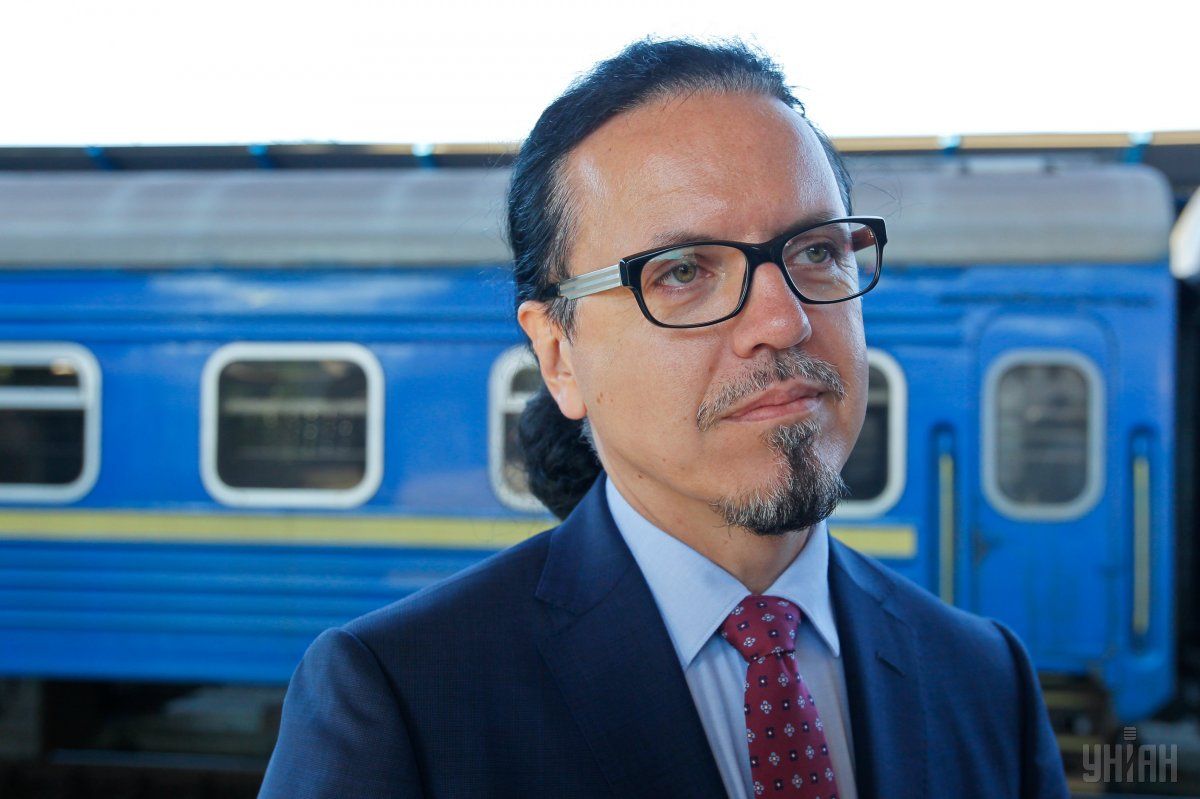 While the work space he inherited was decked out with pricey redwood furniture and featured a hotel-style mini-bar, the company’s most modern freight locomotive dates back to 1969 and most passenger wagons also are from the Soviet era, Bloomberg reports.

What Balczun found underlines the challenges Ukraine still faces, two years after its second revolution in a decade demanded an end to the wide-scale mismanagement and corrupt practices that flourished under ousted leader Viktor Yanukovych.

Fresh from overseeing a much-lauded revamp of train travel back in his homeland, 46-year-old Balczun was picked to similarly transform Kyiv-based Ukrzaliznytsya, a sprawling monopoly with almost 300,000 employees and about $2.5 billion in revenue. His first impressions gave him pause for thought.

“My expectations were little better than reality,” Balczun said in an interview, likening his new office to a museum. “Having been here for a few weeks, I’d have given a lot of thought before applying for this job if I had the chance again. But it’s one of the best challenges a railway manager can imagine.”

With Ukraine’s creditors demanding fiscal rigor, Ukrzaliznytsya -- whose assets include a volleyball club -- is a budget risk that must be dealt with. It lost more than UAH 15 billion ($600 million) in 2014 as war in the nation’s east ravaged cargo traffic, the hryvnia plunged and the economy fell into recession. Начало формы

The government, embarking on a privatization drive, can’t offload Ukrzaliznytsya after parliament prohibited its sale. For now, Balczun sees shaving 10% off the company’s costs saving $280 million a year, helping free up cash to upgrade outdated rolling stock. He’d also like to stem graft, though was astonished when he discovered red tape would prevent him from immediately firing an employee caught stealing.

“Corruption is a huge problem -- it seems to me the entire system was established in order to facilitate it,” Balczun said, stressing he needs full autonomy to implement his overhaul. “I’d like to start with an unprecedented modernization program.”

Read alsoUkraine, Canada to set up joint locomotive productionBalczun, who spends his spare time as a singer in a rock band, previously headed the cargo wing of Poland’s government-owned railroad operator for five years. He oversaw PKP Cargo SA’s restructuring and 2013 initial public offering in Warsaw, dealing with 180 trade unions and reducing staff numbers by 40%, while better utilizing the company’s real estate assets.

Back in Kyiv, one of Balczun’s first requests was for a new chair for his desk, replacing the luxurious one he found on arrival. He says he’s ready for the daunting task ahead.

“I’m not a person who’s comfortable with losses,” Balczun said. “I’d like to become a symbol of positive change in this country.”