Ukraine and Indonesia agree on cooperation in defense sphere

The Cabinet of Ministers of Ukraine and the Government of Indonesia have signed an agreement on cooperation in the defense sphere in the presence of Ukrainian President Petro Poroshenko and Indonesian President Joko Widodo, the presidential press service reported. 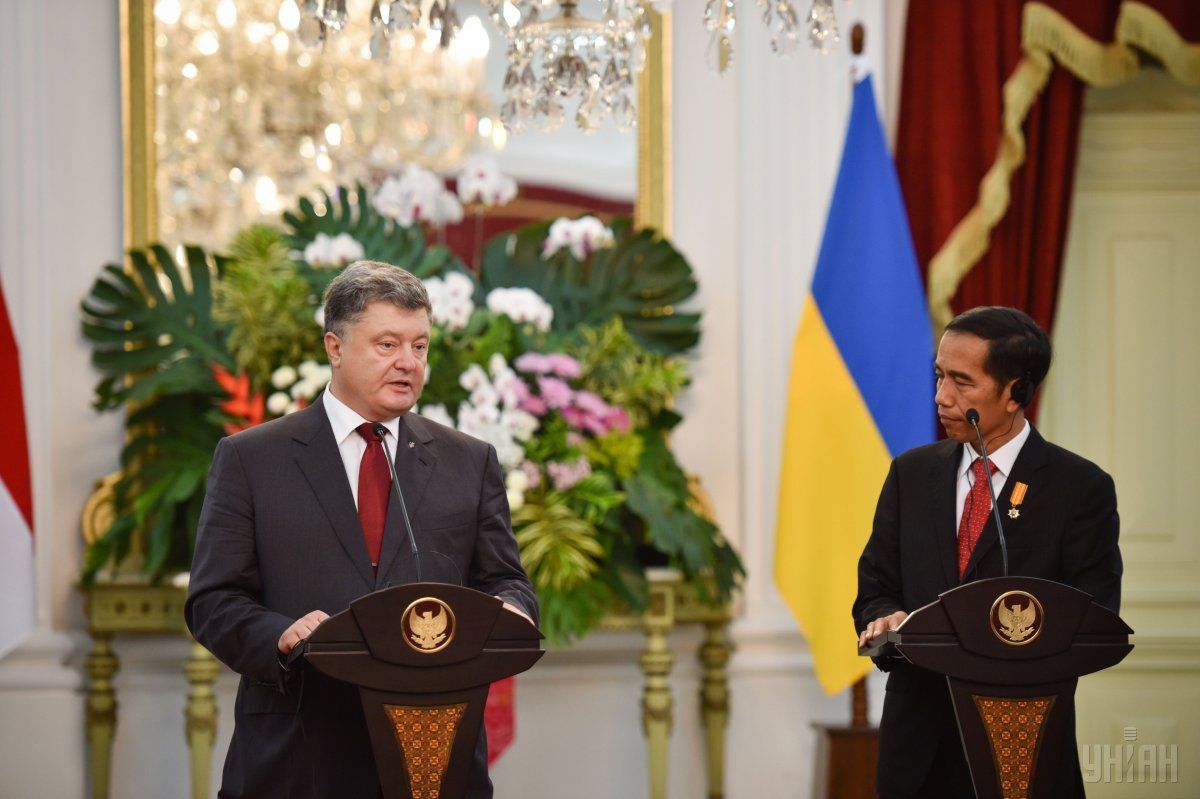 The agreement was signed by Ukrainian Minister of Foreign Affairs Pavlo Klimkin and Indonesian Minister of Defense Ryamizard Ryacudu, according to the report.

"The agreement will significantly broaden our opportunities on military-technical, defense and logistics cooperation," the Ukrainian president stated during a joint press briefing with the Indonesian president in Jakarta.

Poroshenko expressed appreciation of his Indonesian partners for their openness and reliability.

The president also thanked Indonesia for supporting the UN General Assembly resolution condemning the illegal annexation of Crimea and the aggression against Ukraine on March 19, 2014.

Read alsoUkraine, Indonesia agree to begin consultations on free trade areaAs UNIAN reported earlier, Poroshenko was on an official visit to the Republic of Indonesia on August 5-7.