After Russian troops occupied the Crimean peninsula two years ago, the Kyiv government moved to block trade at all commercial ports, however, more than 600 vessels have reportedly entered Crimean ports in the past two years, according to a report published on the website of the Organized Crime and Corruption Reporting Project (OCCRP). 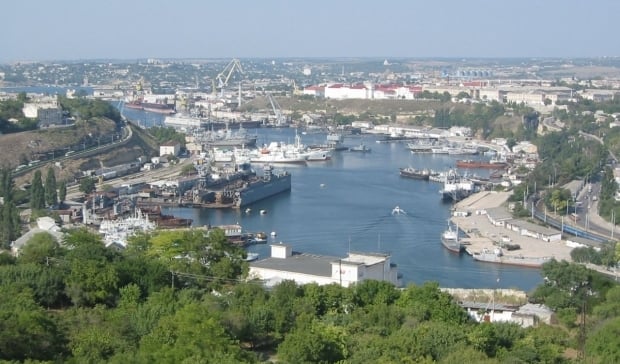 The OCCRP research indicates both Western and Middle Eastern businessmen continue to trade with Crimea, in violation of the policies of their own countries.

What makes it easier for them is that to date, Ukraine has not prosecuted a single vessel owner or captain, the report notes.

In early December of 2015, a vessel named General operating under the blue-and-yellow flag of the Republic of Palau passed through the Bosphorus, the channel linking the Sea of Marmara to the Black Sea at Istanbul, according to the report.

The ship was heading towards Ukraine, its official route stated as: Nemrut Bay (near the Turkish city of Izmir on the Aegean Sea) to Kherson, a Black Sea port city on the southern Ukraine mainland northwest of Crimea.

However, on December 4, the vessel lay near the entrance to Sevastopol harbor in southwest Crimea, the peninsula's largest city and home to the Russian Navy's Black Sea Fleet, the OCCRP wrote. The General disappeared from international tracking radar for ten days. On December 14, its onboard navigator was turned back on, and General returned to the Turkish port. It apparently never went to Kherson, the report said.

According to international navigation standards, every international vessel must carry an electronic "navigator" linking it to the Automatic Identification System (AIS), a global network that tracks vessels using satellites, reports from passing ships and radar. It is possible to follow the movement of vessels throughout the world via AIS navigators.

It is noted that reporters for OCCRP did just that for almost a year, following vessels around Crimea including tracking the disappearance of the General. Experts say the ship must have turned its AIS navigator off, which is only possible if the power on board is cut off.

From December 9 to December 11, at the request of OCCRP journalists, Sevastopol residents took a series of photos showing the General loading scrap metal in Sevastopol's harbor at Inkerman Pier.

The photos demonstrate that, in defiance of international prohibitions, the General spent at least five days in the port of Sevastopol loading goods.

Who authorized the load of scrap metal—or the visit to Sevastopol—could not be determined, the report said. Reporters for OCCRP did establish that the General is owned by a Lebanese company, New Marine Co. There is no information on this company available in Lebanese open registries. Attempts to contact the company were unsuccessful. 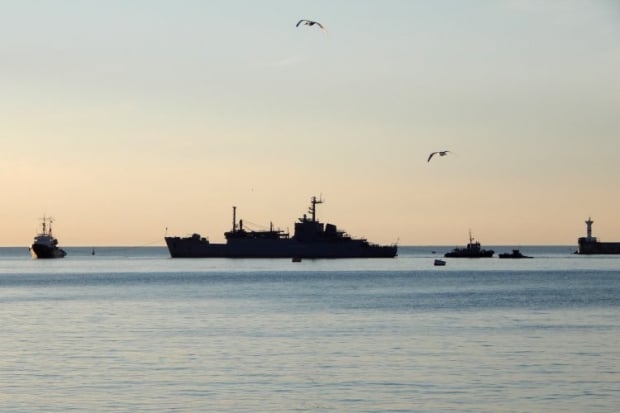 Despite this, hundreds of vessels flying flags of various countries continue to visit the peninsula. Information on these vessels is being gathered by both governmental and non-governmental institutions.

Read alsoBiden: Crimean provocation totally Russia's responsibilityAccording to data collected by the State Hydrographic Service of Ukraine, the Ministry of Infrastructure of Ukraine, and the non-governmental organization "Maidan of Foreign Affairs," as of June 2016, 602 vessels have entered Crimean ports. Most of them are registered in Russia or fly Russian flags or are Ukrainian registered ships seized and operated by Russia.

However, Europeans are also doing business with Crimea despite the sanctions. It is reported that over the past two years, 24 vessels bearing EU countries' flags, 43 vessels registered in the EU and 22 vessels owned by EU beneficiaries have entered Crimea.