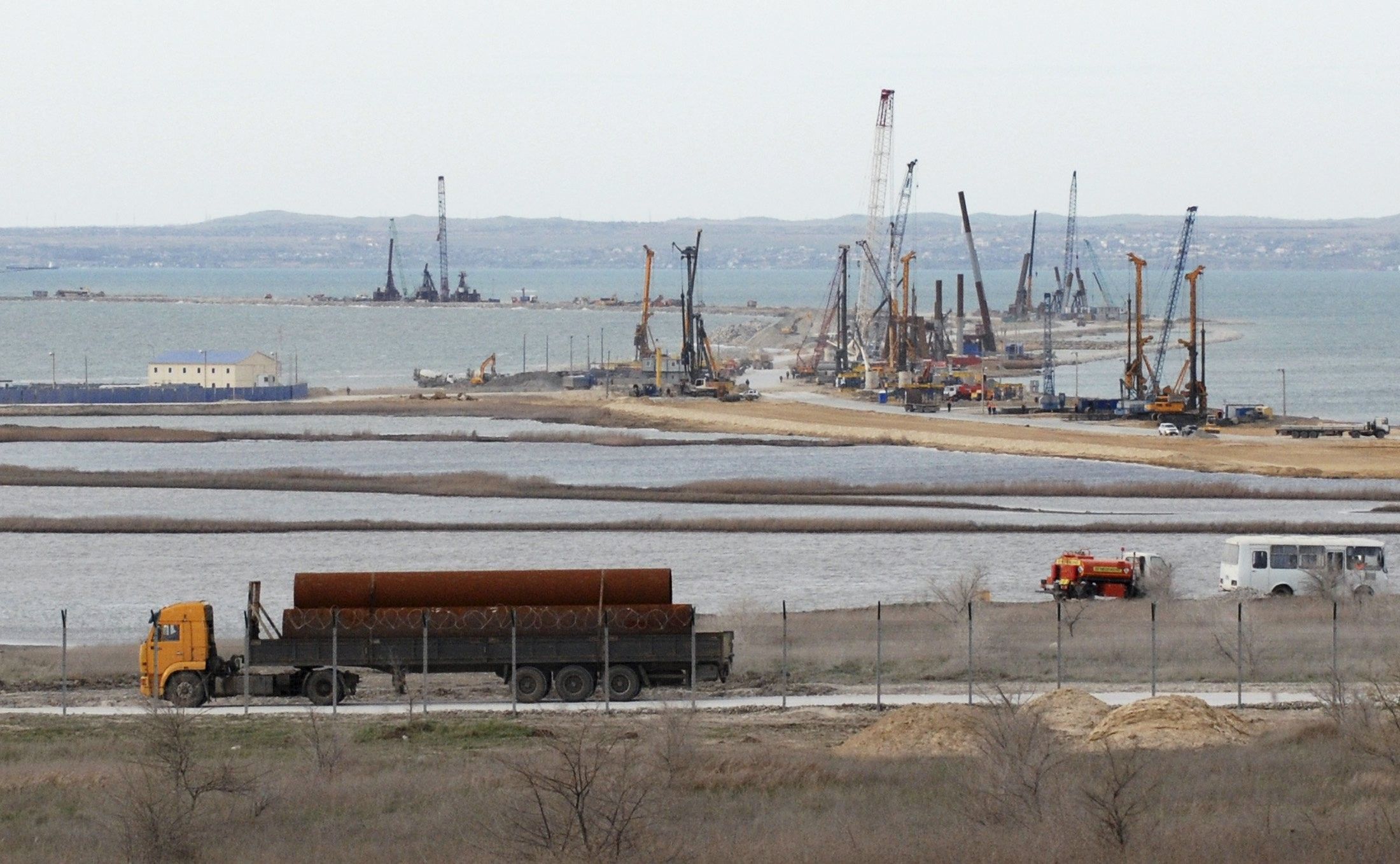 In particular, the action targets the following 18 construction, transportation, and defense entities pursuant to Designations Regarding Crimean Entities under Executive Order 13685, which authorizes sanctions on, among others, any person determined to operate in the Crimea region of Ukraine, the U.S. Department of the Treasury said.

Except as otherwise noted, the persons listed below are designated for operating in the Crimea region of Ukraine.

Russia's SGM-Most OOO, which is owned by previously designated gas pipeline construction company Stroygazmontazh, is the chief contractor for the construction of the Kerch Bridge, which would span the Kerch Strait to connect the Crimean peninsula with Russia.

PJSC Mostotrest is a major Russian construction company engaged in the construction of bridges, roads, and other transport infrastructure facilities.  In March 2016, SGM-Most OOO awarded a multi-billion ruble construction contract to Mostotrest for the development of the Kerch Bridge.

OOO 'STG-Eko' conducted engineering and ecological studies for an Environmental Impact Assessment of the Kerch Bridge for AO 'Institute Giprostroymost—Saint-Petersburg.'

FAU 'Glavgosekspertiza Rossii' is a Russian federal institution authorized to conduct official examinations of project documentation for significant construction works in Russian Federation territory.  In 2015, after Russia's occupation and attempted annexation of the Crimean peninsula, FAU 'Glavgosekspertiza Rossii' opened a branch in the city of Sevastopol and reviewed project documentation for the Kerch Bridge.

Read alsoMcCain concerned over 'selective' enforcement of U.S. sanctions on RussiaDefense firms operating in Crimea and entities in the Crimean maritime sector were also sanctioned.

OOO Shipyard 'Zaliv' is a shipbuilding company in Kerch, Crimea formed after militants forcibly seized the shipyard from its previous owners in August 2014.  It holds resident status in the so-called Republic of Crimea's free economic zone and a license from the Russian government to develop military equipment.

Federal SUE Shipyard 'Morye' is a shipbuilding company located in Feodosia, Crimea.  It has increased its capacity to construct military vessels and began constructing a guided missile ship for the Russian Navy in May 2016.

SUE RC 'Feodosia Optical Plant' produces military optical products and is located in Feodosia, Crimea.  It holds a license from the Russian government to develop military equipment and produces optical sights for tanks and heavy weapons.

OAO 'Uranis-Radiosistemy' produces radio equipment and is located in Sevastopol, Crimea.  It holds resident status in the so-called Republic of Crimea's free economic zone and a license from the Russian government to develop military equipment.

The Sovfracht-Sovmortrans Group is a Russian shipping and logistics company comprised of several companies, including Sovfracht Managing Company LLC, OJSC Sovfracht, CJSC Sovmortrans, LLC Koksokhimtrans, and SMT-K, a unit of the group registered in Crimea.  SMT-K, an abbreviation for Sovmortrans-Crimea, has offices in Simferopol and Kerch, Crimea, and is the operator for a ferry line between the previously designated Port of Kerch in Crimea and Kavkaz in Russia.  LLC Koksokhimtrans is the registered operator and manager of two vessels that have served as ferries between Crimea and Russia.  Sovfracht Managing Company LLC has oversight over OJSC Sovfracht and CJSC Sovmortrans.  OJSC Sovfracht is the flagship company of the Sovfracht-Sovmortrans Group and specializes in transporting of general cargo, while CJSC Sovmortrans specializes in container shipping.