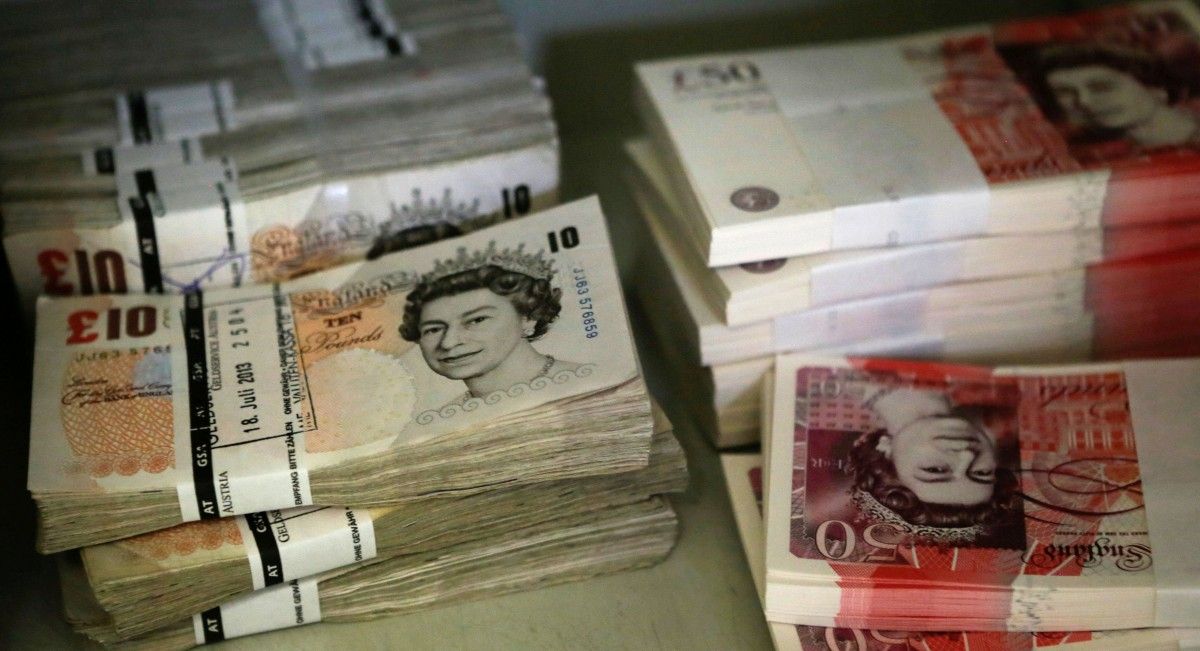 The declines accelerated after it breached $1.2796, which had been the weakest level since the EU vote in late June, although as the session developed, sterling pared its loss to $1.2779, a fall of 0.5% on the day.

Renewed weakness for the pound follows Prime Minister Theresa May's speech to the Conservative party conference on Sunday, which investors seized on as pointing to a so-called hard Brexit that priorities Britain's control of immigration policy over full access to Europe's single markets.

"The pound's drop is likely to be a series of spaced out depreciations, with the trigger for weakness being each piece of new information on the economic sacrifice that the UK government is willing to take on the path to Brexit," said Koon Chow, macro and FX strategist at UBP.

Read alsoFinancial Times: Economic think-tank says UK economy shrank in JulyForeign exchange strategists at Commerzbank said reduced UK access to the European single market as a consequence of limits on immigration "is likely to lead to considerable economic effects and be of notable relevance for the attractiveness of sterling investments." They added: "Until an amicable agreement can be reached in this matter, sterling will therefore remain under pressure."

The weakness in the currency has been a boon to the FTSE 100 because a lower pound strengthens the amount of revenue its constituents book from their foreign currency earnings. The main London stock index rose a further 1% to 7,031.96 on Tuesday, taking it back over the 7,000-points level for the first time since June 2015.

Pearson, the textbook publisher and former owner of the Financial Times that is a big dollar earner, was the top performer, up 5%. Building products group Wolseley rose 2.5% as did the stock of Rolls-Royce.

"Despite the continued risks to the UK economic outlook, UK equities could still deliver attractive returns," said Mike Bell, global market strategist at JPMorgan Asset Management. "That's because over 70% of UK-listed company revenues come from outside the UK. With interest rates still extremely low, UK equities offer an attractive source of income with a dividend yield that is favorable relative to most other markets."

The UK's benchmark 10-year gilt yield rose one basis point to 0.74%. And Mr. Chow cautioned that it would not be one-way travel for sterling. "The current resilience of the UK economy and the economic and political risks elsewhere, including the U.S. elections and lingering unease over Deutsche Bank, are likely though to offer some relative succor for the pound."