Russian Finance Minister Anton Siluanov says he can only meet with his Ukrainian counterpart if Ukraine's $3 billion debt to Russia is designated as sovereign, according to Russian news agency TASS. 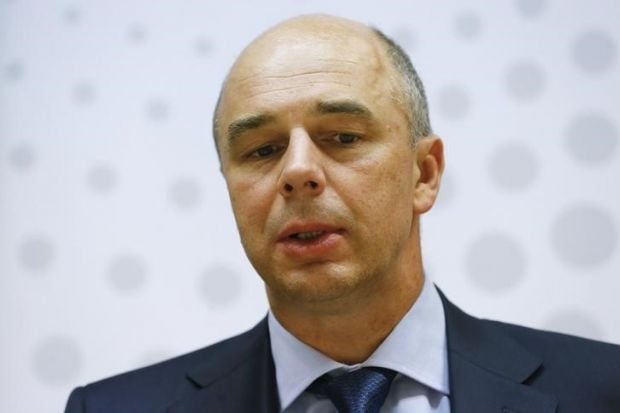 "A meeting should be held with Ukraine in case there is an effect from such a meeting. We may expect the results solely in case the debt [to Russia] is recognized as sovereign and restructuring terms that are better than those for commercial lenders are discussed. If the Ukrainian party comes up with such proposals, we will meet," Siluanov said on Friday, TASS reported.

As UNIAN reported earlier, Ukraine's Finance Minister Oleksandr Danylyuk announced that Kyiv authorities consider a $3 billion loan from Russia negotiated between then-President of Ukraine Viktor Yanukovych and Russian President Vladimir Putin in 2013 as a 'political bribe' paid by the Kremlin to encourage Ukraine to give up its EU integration plans.

"We have commitments made to the IMF [International Monetary Fund] regarding consultations on 'Yanukovych's debt.' But we have a clear position in court and we are conveying it. We are focused on defending our position in court," the minister said.

"Meanwhile, according to statements by Russian Finance Minister Anton Siluanov, the Russian side is not ready to negotiate, they put forward new conditions. But it is their right," Danylyuk added.

Read alsoLondon Court to consider lawsuit over 'Yanukovych debt' in January – Russian Finance MinistryAs UNIAN reported earlier, Russia lodged a suit against Ukraine with the London High Court after the borrower defaulted on payment of the principal amount and interest on a $3 billion loan. The fact that the bonds were purchased via the Irish Stock Exchange makes the disbursement a private debt. However, the Russian side insisted that this was an interstate debt, as the buyer was the state-owned National Wealth Fund. Ukraine wanted the $3 billion eurobond to be restructured as sovereign and sovereign-guaranteed bonds, but Russia reiterated it did not consider the debt to be commercial.

In the course of negotiations, Russian authorities insisted on better restructuring terms than those offered to other creditors, which is prohibited by the bond swap memorandum between Ukraine and the bond holders.

Ukraine managed to restructure the debt under the IMF's Extended Fund Facility program approved by the IMF Executive Directors in March last year. In December 2015, the IMF decided that the claim arising from the $3 billion eurobond issued by Ukraine on December 24, 2013, and held by Russia's National Wealth Fund was an official claim for the purposes of the fund's policy on arrears to official bilateral creditors. At the same time, the Fund revised its lending policy with respect to debtor countries with payment problems, including Ukraine, enabling the IMF to continue its lending program even in case of non-repayment of Russia's loan.

Following Russia's refusal to participate in the debt operation, Ukraine on December 18, 2015, announced a moratorium on any payments of the Russian debt, including repayment of $3 billion, which was due in December 2015.

The Justice Ministry was tasked to hire lawyers to defend Ukraine in court. Subsequently, Ukraine's parliament declared that the moratorium had no fixed term.