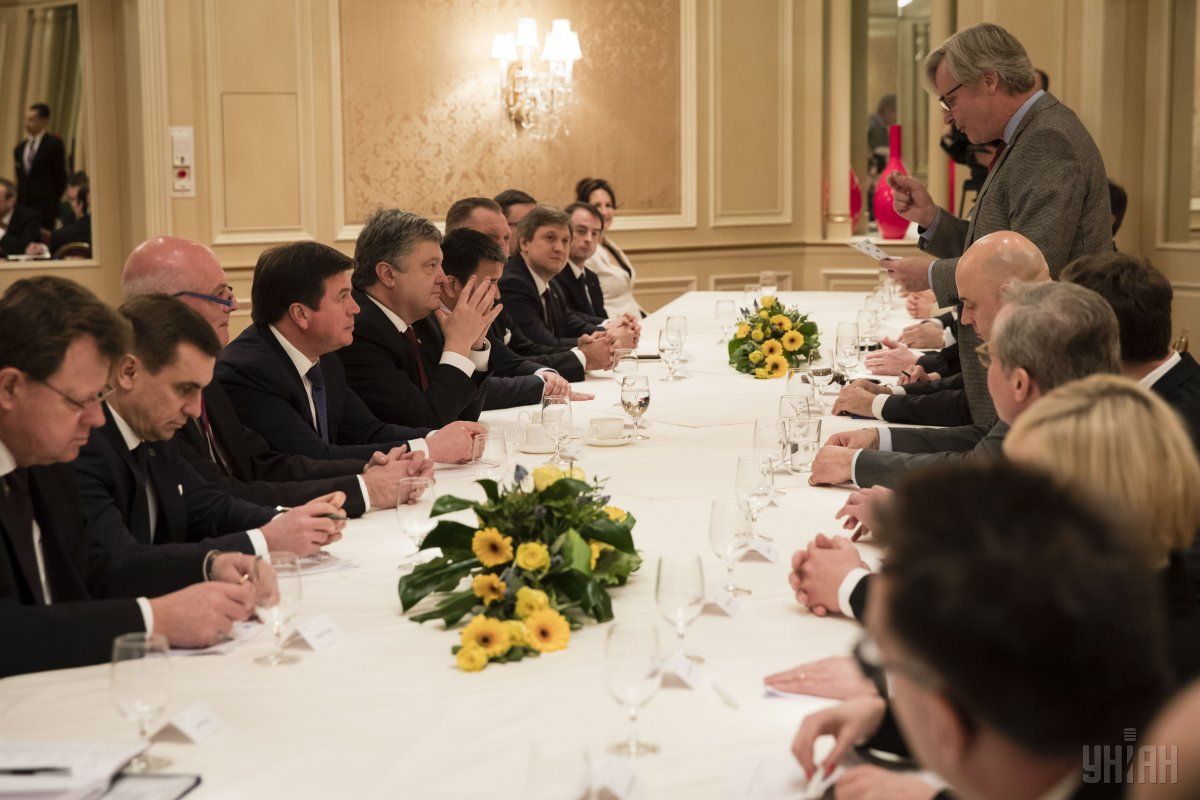 "Petro Poroshenko invited German companies to invest in Ukraine more actively and noted the potential for the development and enhancement of the Ukraine-Germany business cooperation," the administration's press service said.

Creating conditions for secure investment in Ukraine is an extremely important task set before the Ukrainian authorities, he said.

The Ukrainian president also noted a strong political will for the enhancement of trade and investment cooperation between Ukraine and Germany.

Further, he emphasized that new promising opportunities for the intensification of interaction between Kyiv and Berlin had been opened along with the launch of the Deep and Comprehensive Free Trade Areas between Ukraine and the EU.

In addition, the Ukrainian president informed the German side on the progress of Ukraine on the track of reforms.

Read alsoUneasy task: Merkel says Normandy format should remain in force"Special attention was paid to macroeconomic stabilization in the state, progress in the cleanup of the banking system, deregulation, efforts within the reformation of the energy sphere and countering corruption," the press service said.

Germany is among Ukraine's top ten partners and investors. In April 2015, Germany announced plans to lend Ukraine EUR 500 million under various projects, including those for rebuilding Donbas.