Reuters: Out of pocket, Italians fall out of love with the euro 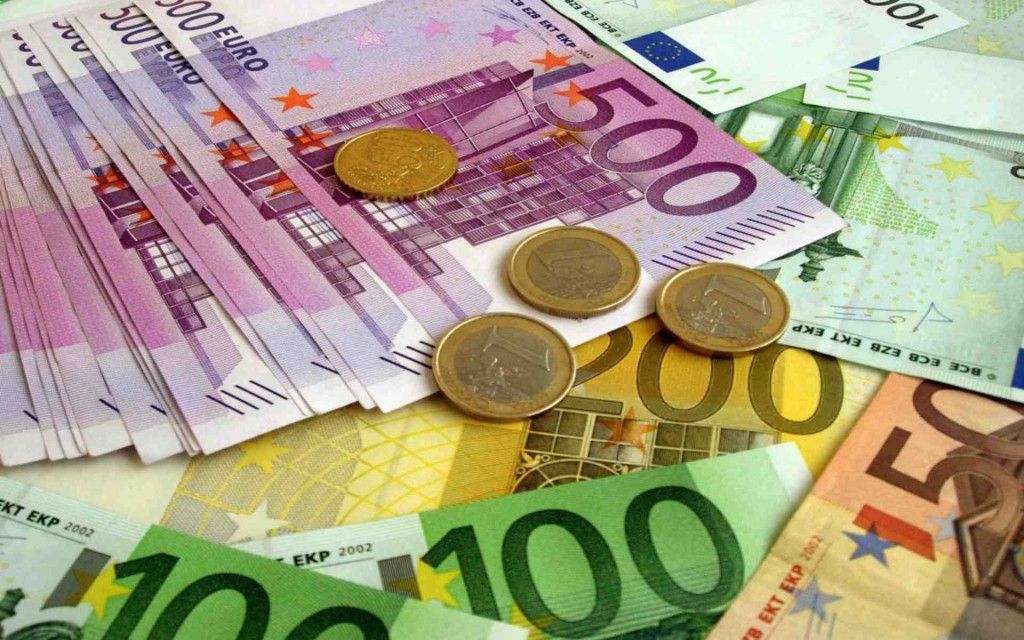 A few years ago such a scenario, that Salvatore Rossi said would lead to "catastrophe and disaster," would not have been up for public discussion, Reuters said.

Now, with the possibility of an election by June, politicians of all stripes are tapping into growing hostility towards the euro. Many Italians hold the single currency responsible for economic decline since its launch in 1999.

Read alsoCabinet believes minimum salary growth to boost employment"We lived much better before the euro," says Luca Fioravanti, a 32-year-old real estate surveyor from Rome. "Prices have gone up but our salaries have stayed the same, we need to get out and go back to our own sovereign currency."

The central bank is concerned about the rise in anti-euro sentiment, and a Bank of Italy source told Reuters Rossi's appearance is part of a plan to reach out to ordinary Italians.

Few Italians want to leave the European Union, as Britain chose to do in its referendum last year. Italy was a founding EU member in 1957 and Italians think it has helped maintain peace and stability in Europe.

And the ruling Democratic Party (PD) is pro-euro and wants more European integration though it complains that the fiscal rules governing the euro are too rigid.

But the three other largest parties are hostile, in various degrees, to Italy's membership of the single currency in its current form.

The PD is due to govern until early 2018, unless elections are called sooner. The PD's prospects of victory have waned since its leader Matteo Renzi resigned as premier in December after losing a referendum on constitutional reform, and polls suggest that under the current electoral system no party or coalition is likely to win a majority.

Italians used to be among the euro's biggest supporters but a Eurobarometer survey published in December by the European Commission showed only 41 percent said the euro was "a good thing", while 47 percent called it "a bad thing."

In the Eurobarometer published in April 2002, a few months after the introduction of euro notes and coins, Italy was the second most pro-euro nation after Luxembourg, with 79 percent expressing a positive opinion.

Italy is the only country in the euro zone where per capita output has actually fallen since it joined the euro, according to Eurostat data. Its economy is still 7 percent smaller than it was before the 2008 financial crisis, and youth unemployment stands at 40 percent.

The right-wing Northern League, the third biggest party, is the most critical of the euro. Party leader Matteo Salvini calls it "one of the biggest economic and social crimes ever committed against humanity."

The party has promised to pull Italy out of the euro if elected but it only has about 13 percent of voter support.

The anti-system 5-Star Movement may pose a bigger threat to Italy's membership of the currency club. Polling roughly level with the PD at about 30 percent, 5-Star says it will hold a referendum on euro membership.

But Italy's constitution forbids referendums on matters that are governed by international treaties such as euro zone membership. 5-Star says it could organize a non-binding "consultative" ballot to gauge public opinion.

A post last week on its official mouthpiece, the blog of founder Beppe Grillo, was headlined "A referendum on the euro before it's too late".

"I would vote to leave the euro as it stands," lower house deputy Luigi Di Maio, who is widely expected to be 5-Star's candidate for prime minister at the election, told Reuters.

"We should return to a sovereign currency or, if there is an agreement with the other countries, form a new common currency with new rules."

Italy's other significant party, Silvio Berlusconi's center Forza Italia, is not pushing for outright euro exit, but he has argued that Germany should leave instead, or that Italy should use the euro and the lira at the same time, an idea that many economists say is unworkable.

Economists in favor of leaving say a devalued currency would revive Italy's exports and that by throwing off the shackles of the EU's fiscal rules the country could ramp up public spending to boost growth and create jobs.

Those wanting to stay in the euro say an exit would trigger a surge in interest rates and inflation, capital flight, a banking crisis and possibly a default on Italy's public debt.

The central bank warns Italians that leaving the euro would sharply erode the value of their savings.

However, after repeated banking crises it is widely blamed for not preventing, and years of over-optimistic economic forecasts, the Bank of Italy no longer commands the respect among Italians that it used to.

Northern League and 5-Star politicians also point to the British vote in June to leave the European Union and Italy's ballot in December that threw out Renzi's constitutional reform. They say they did not lead to the chaos that some mainstream economists forecast.